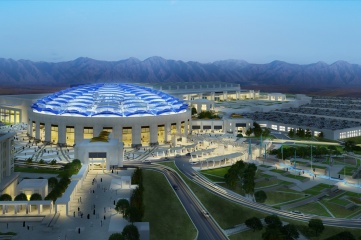 The next World Conference on Doping in Sport will take place in Muscat, Katowice or Geneva in 2019, subject to progress of WADA working groups

The World Anti-Doping Agency (WADA) has received expressions of interest from three cities to host the next World Conference on Doping in Sport, due to take place in November 2019 subject to the progress of three working groups.

Muscat in Oman, Katowice in Poland and Geneva in Switzerland all submitted before the deadline of 25 November 2016.

WADA will now evaluate the submissions, including “possible site visits”, before the host city is determined by a vote at its Foundation Board meeting on 12 May 2017 in Montreal.

“WADA is delighted to have received such a strong level of interest from three outstanding cities for what promises to be a crucial World Conference on Doping in Sport,” said WADA President, Sir Craig Reedie.

“The World Conference will represent the culmination of active stakeholder consultation that is already underway concerning WADA’s path forward as it relates to compliance, governance and other matters of importance to clean sport. We look forward to appointing the host city during our May 2017 Foundation Board meeting.”

The date of the next World Conference on Doping in Sport is subject to the progress of three new working groups.

These groups, established at the last WADA Foundation Board meeting in Glasgow on 20 November, are reviewing the Agency’s governance structure and lab accreditation process and evaluating the establishment of an Independent Testing Authority.

They are due to complete their work by the November 2017 Foundation Board meeting in PyeongChang.

“The Board upheld that a World Conference be organized for end-2019 with the timing being revisited at the end of 2017 in light of the progress of the Working Groups,” WADA said in a statement.

The World Conference on Doping in Sport is set to be the fifth event of its kind, following similar events in Lausanne (Switzerland) in February 1999; Copenhagen (Denmark) in March 2003; Madrid (Spain) in November 2007; and Johannesburg (South Africa) in November 2013.