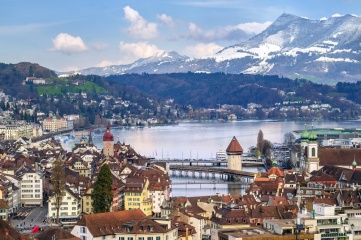 The Swiss city of Lucerne is targeting a bid for the 2021 winter Universiade multi-sport event after having its proposal for the 2020 winter Youth Olympics rejected by the Swiss Olympic Association.

Lucerne’s proposal for the 2021 Universiade is set to move forward after receiving backing from the government of the canton of Lucerne.

The local organising committee could base a dossier around its planned bid for the 2020 Youth Olympic Games, which was dropped by the Swiss Olympic Association before it was submitted.

The Swiss Olympic Association instead decided to choose Lausanne for its tilt at the Youth Olympics. Lausanne is facing competition from Romanian city Brasov, with the host due to be decided at the International Olympic Committee’s (IOC) meeting in Kuala Lumpur in July 2015.

Under the Universiade proposal, the host city of the event would be Lucerne with the various competitions run in central Switzerland’s winter sports resorts.

“This event is very interesting in terms of both sports and value creation,” Health and Social Services Minister Guido Graf said. “The cantons of central Switzerland, Lucerne as a university town and tourism destination can only profit from the winter Universiade.”

The Swiss University Sport Federation (SHSV) has also pledged its support for the bid with director Leonz Eder adding: “Central Switzerland submitted an excellent application document for the 2020 Youth Olympic Games. It is a perfect basis for the organisation of the 2021 Winter Universiade.”

The 2015 winter Universiade will be co-hosted by Granada, Spain and the Slovak cities of Štrbské Pleso and Osrblie. The event will then travel to Almaty, Kazakhstan and Krasnoyarsk, Russia in 2017 and 2019.