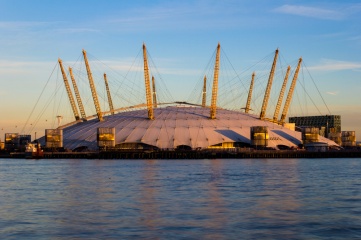 London’s O2 Arena is set to face serious competition to retain its hosting rights to the ATP World Tour Finals after Association of Tennis Professionals chief executive Chris Kermode said a number of markets are in contention to stage the event from 2016.

The season-ending tournament of the men’s tour has resided in London since 2009, with the world’s top eight singles players, and leading doubles teams, battling it out at the O2 Arena.

The North Greenwich venue, formerly the Millennium Dome, currently holds the hosting rights through the 2015 edition after extending its deal with the ATP by a further two years in November 2012.

However, Kermode has said interest is high in the contract from 2016, adding a decision will be made on the successful candidate next spring.

Since it commenced 44 years ago, the World Tour Finals have been staged in 14 different cities including Tokyo, New York, Lisbon, Sydney and most recently Shanghai, before moving to London.

Friday saw the start of a five-year residency for the season-ending showpiece of the Women’s Tennis Association (WTA) in Singapore.

The WTA has introduced a number of changes to coincide with the tournament’s move from Istanbul, with the event set to run through to October 26 at the new Singapore Sports Hub's 7,500-seat indoor stadium.

This year’s event is the first of a five-year deal between the WTA and Singapore, which also sees the tournament rebranded from the WTA Championships to the WTA Finals and expanded by four days into a 10-day event of competition, exhibitions and activities for fans.