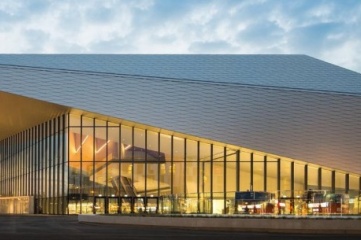 SportAccord Convention is pleased to announce Lausanne as Host City for the 2016 Convention. Returning to the Home of International Sport, the Convention will take place from 17-22 April 2016 at the Swiss Tech Convention Centre which offers state-of-the-art congress facilities.

SportAccord Convention is pleased to announce Lausanne as Host City for the 2016 Convention. Returning to the Home of International Sport, the Convention will take place from 17-22 April 2016 at the Swiss Tech Convention Centre which offers state-of-the-art congress facilities.

On becoming Host City to the next SportAccord Convention, Mr. Marc Vuilleumier, Lausanne’s Municipal Councillor in charge of Sport commented: “What a wonderful way to close an exceptional year for the City of Lausanne. 2015 marked the IOC’s Centenary in our city, and last July we became the host of the 2020 Winter Youth Olympic Games. The SportAccord Convention will once again witness the entire world of sport gather here, for the first time since we hosted the second Convention in 2004. Lausanne truly is the “Olympic Capital”, today more than ever!”

With close to 50 sports organisations based in Lausanne and the surrounding region of the Canton of Vaud, including many international sport federations, the city is an idyllic location for this premier event. On hearing the news, Thomas Bach, President, International Olympic Committee (IOC) said: “What better place could SportAccord Convention have chosen to hold its annual event than Lausanne, a city which is made for sport. For a century now, Lausanne has been the IOC’s home. More than thirty international sports federations and sports organisations have also found in Lausanne the ideal setting to develop and strengthen the place of sport in society.”

Held in a different city every year, the annual SportAccord Convention is a unique opportunity for key decision-makers from sport and industry to meet, network, and strategically shape global, regional and national agendas. An exclusive 6-day event comprising 2000 delegates, the Convention is host to annual general meetings of governing bodies, and once again, will welcome a delegation from the International Olympic Committee.

Now in its 14th edition, Francesco Ricci Bitti, President, ASOIF and SportAccord Convention remarked: “We are delighted that Lausanne has taken up the baton once more and will be hosting the next SportAccord Convention. As a major event in the international sporting calendar, Lausanne provides a favourable location for sport and business leaders to meet, given its strong commitment to sport and industry. With the warm hospitality shown to visitors and delegates in 2004, we can expect to deliver a Convention that meets the needs of our Stakeholders, Partners and delegates.”

The Convention comprises: a themed conference including City Forum, LawAccord and MediaAccord, as well as a plenary conference; an exhibition represented by industries, sport organisations, government offices, cities, event services, media, and many more; a Sports Demo Zone; as well as a social and cultural programme.

For further information on the benefits of attending the SportAccord Convention, visit: www.sportaccordconvention.com