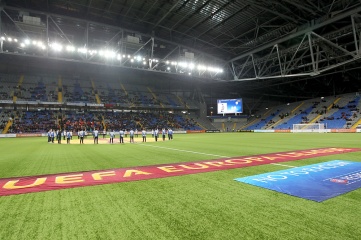 Kazakhstan intends to bid for the 2026 FIFA World, subject to feasibility discussions with the government, the country’s FA president said on Wednesday.

"We are discussing this issue with the government of my country to assess what are our chances,” Kazakhstan FA president Yerlan Kozhagapanov told L’Equipe.

Growing at an average of 5.4 per cent per annum, Kazakhstan’s is the largest economy in Central Asia. Its second largest city, Almaty, is currently bidding to host the 2022 Winter Olympic Games.

"Our country is developing rapidly, our economy is growing, so why not? We want to organise the winter [Olympic] Games in 2022, and we plan to engage in the race for the organisation of the World Cup 2026."

Kazakhstan is rich in oil but its national team has yet to qualify for a UEFA European Championship, let alone a World Cup.

The criteria for bidding for the 2026 FIFA World Cup will be determined by FIFA’s executive committee on 30 May 2015.

UEFA countries may be excluded from bidding for 2026, as Russia is hosting 2018. Asian countries will not be able to bid for 2026 as it immediately follows Qatar hosting the World Cup in 2022.

If it were to bid for 2026, Kazakhstan would likely be competing against the US, the world’s largest economy which also has a fast growing soccer market.

The host nation of the 2026 World Cup will be elected by 209 FA presidents at the FIFA Congress in Kuala Lumpur in May 2017.