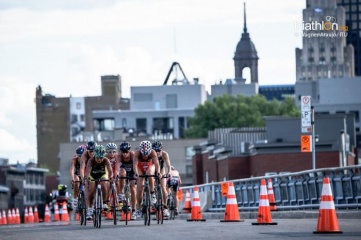 The International Triathlon Union (ITU) has added Montreal to the 2017 ITU World Triathlon Series (WTS). The Canadian city will host the WTS for the first time on 5 to 6 August 2017, completing the 2017 WTS calendar that includes eight other city events between March and September.

Montreal featured in the 2016 ITU World Cup schedule for the first time on 7 August.

“Montreal proved to be an impressive host of the World Cup this year, with an incredible turnout for a new race that met all of our standards for a world class event,” said ITU President and IOC Member Marisol Casado. “I’m pleased to welcome Montreal to the WTS, which completes our calendar for the coming season.”

The Netherlands city of Rotterdam, which hosted the 2016 ITU Paratriathlon World Championships, is also joining the World Triathlon Series for the first time on 14 to 17 September 2017.

As the final event in the series, Rotterdam will next year welcome thousands of age group athletes, along with junior, U23, paratriathlon & elite athletes to vie for world championship titles at the ITU World Triathlon Grand Final.

The races at Abu Dhabi, Gold Coast, Hamburg and Edmonton will be contested over a sprint distance course, while the other events will be standard length.