Home
»
News
»
Italy’s Supercoppa to be held in Doha 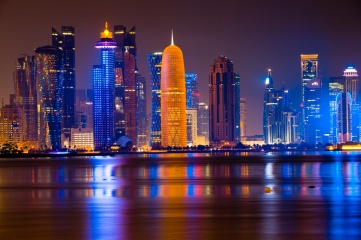 Doha will host the 2014 Supercoppa Italiana

Doha has been awarded the rights to the 2014 Supercoppa Italiana football competition, with the showpiece event set to provide a showcase for Qatar’s hosting credentials for the 2022 Fifa World Cup.

Lega Serie A, the governing body of the top division of Italian football, has announced that Doha will host the game between Serie A champion Juventus and Coppa Italia holder Napoli on December 22.

Serie A president Maurizio Beretta said that the agreement is for this year’s game only at present. He added at the press conference to announce the deal in Paris, France: “We are grateful for the opportunity to be able to export our Supercoppa to an interesting and prestigious country like Qatar.”

Fifa has previously said that the World Cup should be moved to the winter to enable players and spectators to cope with the stifling summer temperatures in the Middle East. The local organising committee has repeatedly insisted that it is prepared to stage the tournament in its normal summer window by using air conditioned stadia. Fifa’s taskforce on the matter is scheduled to meet again in November.

The Supercoppa Italiana has traditionally marked the opening of the Italian football season, but the league has taken it to a variety of markets in recent years. The Supercoppa Italiana was held in Beijing in 2009, 2011 and 2012; New York in 2003; the Libyan capital of Tripoli in 2002 and Washington D.C. in 1993.