IOC must watch the size of the Games - Host City News

Home
»
News
»
IOC must watch the size of the Games 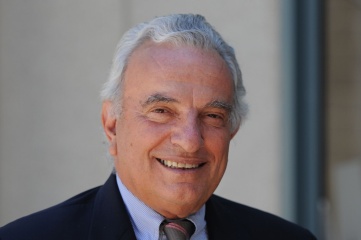 After two successive Olympic bidding contests in which the number of cities in the race fell to just two, the head of the Association of Summer Olympic International Federations (ASOIF) says hard work is needed to make it more appealing to host the Games.

The IOC’s 2022 and 2024 bid races were blighted with cities dropping out – some due to defeats in referendums – resulting in Beijing beating Almaty to win hosting rights for the Winter Olympics and the double awarding of the next two summer Games to Paris and Los Angeles.

Ricci Bitti acknowledged the growing problems in perceptions of Olympic Games costs and a that there is a “trend” for taxpayers’ to withdraw from the prospect of paying the millions and billions of dollars perceived to be necessary to bid for and stage the IOC’s showpiece.

“People don’t get it immediately with a big event. They prefer that public authorities invest in something else,” he said.

“So we have to do a big effort in communication. I joke that we have a very rich product in the Olympic Games – that no one wants. We have to work on that.

“There are three big factors to try to solve this problem. To change the bid procedures… and the IOC is working very hard on that, to work and interact in the invitation phase. Secondly, the vision to reduce the cost of the Games. The president of the IOC has given a target to reduce $1bn in the cost of the summer games, $500,000 for winter.

“The third one is not on the table at the moment but should be in the near future – to monitor the size of the Games. I was in Gold Coast at the Commonwealth Games and you see that the size is more manageable.

“I think the model of the Games has to be considered very soon because the Olympics is getting very big.”

But this will be some way off, following the increase in the number of sports from 28 to 33 for the Tokyo Olympics. While the IOC continues to revamp the Olympic bidding concept, Ricci Bitti and ASOIF are getting down to the business of helping 2020 Games organisers deliver successful sports competitions.

This article, based on an exclusive interview by Host City at SportAccord Convention in Bangkok, was first published in the Summer edition of Host City magazine.