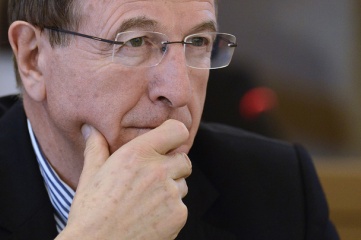 The International Olympic Committee is reviewing its bidding procedure, with a renewed emphasis on the social, environmental and developmental goals of the bidding city and its country, Gilbert Felli confirmed on Thursday.

Speaking at the SportAccord Convention in Belek, the IOC’s Director of Olympic Games said: “The idea is that we want to shift the focus a little bit, in a way that we encourage potential candidate cities to tell us how they see the Olympic Games fitting best in their social environment, their long term development plans, with regard to sports and general infrastructure, to environmental protection – to get more diversity into the bidding procedure.”

Felli’s comments expand on the “Olympic Agenda 2020”, a key theme of which is to communicate the value of bidding for and hosting the Olympic Games.

The current two-phase procedure is being reviewed “to make sure the IOC does not ask too much too soon”. Concerns have been raised that too much information is requested at the applicant phase, deterring potential applicants.

The reviewed process will also mean that information requested will be more focussed on the long term goals of the applicant, rather than on the event itself. “And in the end, to have it less a tender for a franchise and more an invitation to Olympic Games on the background of the culture and the perception of a sustainable development in the future host country,” said Felli.

Other proposals to broaden the appeal of bidding include reducing and controlling costs for bid cities, the possibility of joint bids from several cities in two or more countries, and reviewing the IOC’s requirements “to see how the Olympic Games could be awarded to cities in new territories and emerging economies”.