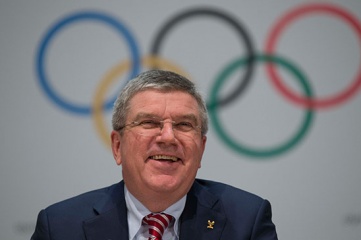 The International Olympic Committee has welcomed an “outstanding” pool of candidate cities bidding for the 2024 Games.

Budapest, Hamburg, Los Angeles, Paris and Rome all submitted applications to host the 2024 Olympic Games before the IOC’s deadline of midnight on Tuesday.

With four major European cities and the biggest city in North America in the running, the profile of the cities is a marked change from recent Olympic Games bidding, which has been dominated by, and awarded to, cities from outside these regions.

The most recent IOC bidding process, for the 2022 Winter Olympic Games, began with six applicant cities but only Beijing and Almaty proceeded to the candidature stage.

Since then, the bidding procedure has been changed with the implementation of Olympic Agenda 2020, the programme of reform introduced by IOC president Thomas Bach.

One of the changes brought in is the removal of the “applicant phase” – so the five cities that have applied to host the Games are immediately considered to be candidates, after an “invitation phase” that has been taking place in recent months.

“Olympic Agenda 2020 has shaped the Candidature Process more as an invitation and the cities have responded by engaging with the IOC through dialogue and cooperation,” said Bach.

The removal of the applicant phase means that the five bidding cities will remain in the race until the host city election until 2017.

The central focus of Agenda 2020 is reducing the financial burden of hosting the Olympic Games and making sure that hosting the event fits with the city development plans.

“In the new invitation process the IOC learnt that all the candidates are embracing Olympic Agenda 2020 from their respective vision for the future of their city,” said Bach.

“Sustainability and legacy are the cornerstones of each candidature.”

A number of other cities and regions had been discussing the possibility of bidding for the 2024 Games.

A possible bid from Toronto, which hosted a successful Pan American Games earlier this year, was said to be on the cards but ruled out at the last minute.

Speaking at a press conference on Tuesday, Toronto mayor John Tory said that an Olympic bid would form part of the city’s future plans.

"I can't look people in the eye at this point in our city's development and tell them that an Olympic bid is the best use of our time, our energy or our investment," he said.

"But now I can look in the eyes of my colleagues at other levels of government and say this, together we should be making the investment talked about in the context of the Olympics."

Commitments to good governance, transparency and ethics were also key features of Agenda 2020 and the IOC has published all the documents related to the candidature, including online for the first time at this stage in the process.

Changes to the host city contract include: reference to sexual orientation in the non-discrimination clause; the freedom of media to report on the Games; and a stipulation for organisers to comply with applicable local, regional and national legislation and international agreements “with regard to planning, construction, protection of the environment, health and safety, labour and anti-corruption laws”.

The IOC has also reduced the cost of bidding, with candidate cities expected to make just three presentations instead of nine, with the travel cost for these presentations and the cost of visiting IOC evaluation commissions to be covered by the IOC.

The IOC has also committed to contributing USD 1.7 billion in cash and services to the organising committee for the 2024 Olympic Games.