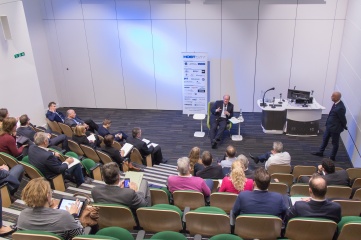 The International Association of Event Hosts (IAEH), whose membership has grown to include six new destinations, has revealed plans to meet during Host City 2016 in Glasgow.

Host City 2016, the largest meeting of cities and sports, business and cultural events, takes place in Glasgow on the 21 and 22 November.

Meetings of event hosts have been taking place informally at a small number of conferences, including Host City in November 2015. But it was not until the SportAccord Convention in April 2016 that a number of destinations gave a joint resolution to form IAEH.

The next formal meeting of IAEH will take place during Host City 2016.

“Further new members will be announced soon along with plans for the next regional meeting in Glasgow at the time of the Host City conference, and informal gathering in Lausanne around the Smart Cities and Sport conference,” IAEH said in a press release published on its website on Thursday 15 September.

A group of founder members of IAEH also met at British House in Rio on 16th August and agreed details of the interim management of the Association.

“As a result of the meeting, new members will now be formally welcomed and be encouraged to participate in knowledge sharing initiatives over coming months. Initial research on key topics is expected to be shared by the end of the 2016,” IAEH said after the meeting in Rio.

Maryland Sports is the Sports Commission for the State of Maryland in the USA.

Events Management Queensland is a not-for-profit subsidiary of the state-owned tourism and events agency, Tourism and Events Queensland, based in the Australian Gold Coast.

innsbruck-tirol sports GmbH was formed from the legacy of the 1st Winter Youth Olympic Games 2012 in Innsbruck, Tyrol, Austria.

Edmonton Events is a strategic partnership between the Canadian City of Edmonton and Edmonton Tourism.