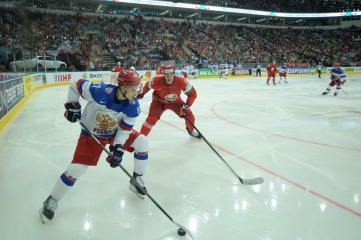 Slovakia hosted the 2011 World Championship in Bratislava and Kosice and the two cities are at the heart of its latest bid, with the possibility of adding a new multifunctional arena should one be built elsewhere in the country. Bratislava was also a host city when the former Czechoslovakia staged the event in 1959 and 1992.

The Swiss Ice Hockey Federation will announce its bid venues in October. Berne and Zurich-Kloten were its host cities when it last staged the World Championship in 2009 - the eighth time the competition went to Switzerland in its history.

Russia and France/Germany will host the 2016 and 2017 World Championships respectively, while Denmark won a landslide vote in May to serve as host for the first time in 2018. The Scandinavian country had fallen short on two previous occasions.

Denmark’s successful bid will result in Copenhagen and Herning serving as host cities under a proposal that overcame a pitch from the Latvian capital Riga by 95 votes to 12. The latter bid was seeking to hold the tournament at Arena Riga, which was home to the 2006 World Championship.

This year’s IIHF World Championship took place in Minsk, Belarus. The host nation bowed out at the quarter-final stage to bronze-medal winner Sweden, which in turn lost to eventual winner Russia - 5-2 final victors over Finland.

Matches took place at the Minsk Arena and Chizhovka Arena, which had respective capacities of 15,000 and 9,600.