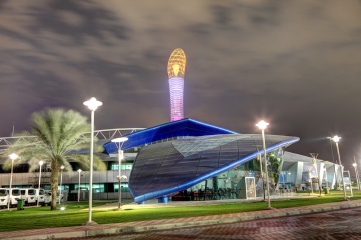 The IAAF evaluation commission, led by Sebastian Coe, has completed its tour of cities bidding for the 2019 World Athletics Championships, finishing with an inspection of Doha

The IAAF evaluation commission left Doha on Friday, having completed their inspections of all three cities bidding to host the 2019 World Athletics Championships, having visited competitors Barcelona and Eugene earlier in October.

The IAAF’s group of experts is producing reports evaluating the bids to host the 2019 IAAF World Championships. The host city of the flagship biennial athletics event will be elected at the IAAF council meeting in Monaco on 18 November.

Qatar's biggest city officially submitted its candidature file to host the Championships on September 25 and is competing against bids from Barcelona and Eugene in the US state of Oregon.

The Doha 2019 Bid Committee and its partner, the Aspire Zone presented to the IAAF at Khalifa International Stadium.

“It is an honour to welcome the IAAF Evaluation Commission on their inspection tour of Doha and we hope to demonstrate Doha’s true character as a sporting hub for the region and the world,” said Hamad. “We are committed to continuing our work with the IAAF to develop athletics and ensure a lasting legacy from the World Championships for generations to come.”

Ali Saeid Al Fhaida, acting director of Aspire Logistics, took the Evaluation Commission on a tour of the Aspire Zone’s facilities, which have played host to several international sporting events including the 2006 Asian Games, the 2010 IAAF World Indoor Championships and the 2011 Arab Games.

The commission also saw the ongoing renovation of the Khalifa International Stadium, where they were greeted by members of the Qatar National Athletics team as well as Russian hurdler and Doha 2019 Ambassador Sergey Shubenkov.

“I am supporting Doha 2019 because I believe that it would inspire a whole new region to participate in athletics,” Shubenkov said.

“The Middle East has never hosted the World Championships before and 60 per cent of this region’s population is under the age of 30. This brings an unrivalled opportunity to showcase athletics and introduce a new generation to track and field.”

Another bid partner, Msheireb Properties, gave a presentation to the commission at its Enrichment Center on Doha’s Corniche waterfront, giving more information about its ambitious plans for an “Athletics City” that would replace the traditional Athletes’ Village concept.

A single, brand-new 35 hectare mixed-use development called Msheireb Downtown Doha, in the heart of the city, will be handed over in its entirety for the dedicated use of the 2019 Championships.

The commission also visited the Qatar National Convention Centre, which would host the IAAF’s Congress in 2019 in the event of Doha overcoming Barcelona and Eugene in its bid to host the World Athletics Championships.

After the Olympic Games and the FIFA World Cup, the IAAF World Championships is the third largest sporting event in the world, with more than 200 participating nations, more than 2,000 athletes and an estimated global TV audience of 6 billion over 200 territories and 9 days of competition.

The next IAAF World Championships will take place in Beijing in 2015 followed by London 2017.