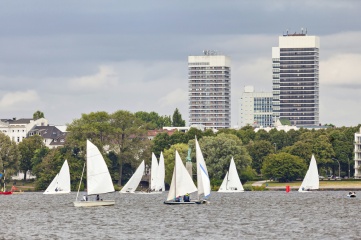 German Olympic Sports Confederation (DOSB) has selected Hamburg instead of Berlin as the city it will take forward to bid for the 2024 Olympic Games, citing public support as the decisive factor.

Subject to ratification by the DOSB board on 21 March, the northern port city of Hamburg will join Rome and Boston in the race to host the 2024 Olympic Games.

The vote was cast by the executive board of the DOSB.

"We agreed by majority for the city of Hamburg and that is why we are standing here today, united, with this recommendation," said Alfons Hörmann, the DOSB president, who chose not take part in the vote himself for “reasons of neutrality”.

Recent opinion polls have demonstrated that public support for a Games bid is significantly higher in Hamburg than in Berlin. 64 per cent of Hamburgers support the bid, compared to just 55 per cent of Berliners.

"There were various points that helped us make our decision," Hörmann said.

"We had to consider the prevailing support in the cities, and the result of the survey was one of the things that played a role here."

Hamburg’s compact venue plan was also cited as an influencing factor. Unlike Berlin, Hamburg has no existing Olympic Stadium and plans to build a new one in an island in the city.

Despite this, the DOSB determined Hamburg’s venue plan to be sustainable.

"The city fits exactly to the Agenda 2020 reform of the IOC," said Hörmann.

The city of Hamburg will hold a referendum on whether to bid for the Games before 15 September, by which time all interested cities must apply to the IOC.

The German city of Munich pulled out of bidding for the 2022 Winter Games after a residents voted against bidding in a referendum.