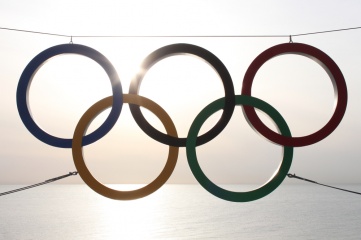 Germany will bid to host the 2024 Olympics

The German Olympic Sports Confederation (DOSB) has officially thrown its hat into the ring for the 2024 summer Olympic Games by confirming that either Berlin or Hamburg will bid for the event.

The German Olympic Sports Confederation (DOSB) has officially thrown its hat into the ring for the 2024 summer Olympic Games by confirming that either Berlin or Hamburg will bid for the event.

The DOSB had been expected to make a solid decision on its Olympic bid strategy at a meeting on December 6.

However, president Alfons Hörmann told the Frankfurter Allgemeine Zeitung newspaper earlier this month that the organisation had wanted to determine the results of the International Olympic Committee’s (IOC) ‘Agenda 2020’ initiative as well as gain a stronger insight into the strength of local support in the two cities, before proceeding.

This was expected to delay any formal announcement on a German bid for the 2024 Games until next year, but the DOSB has now committed to pursuing the Games with a final decision over its candidate city due on March 21.

The DOSB has added that it is likely to re-enter the bidding for the 2028 Olympics should its attempt at 2024 fail in what is expected to be a strong field.

“Olympic and Paralympic Games are the most important events for German sports,” Hoermann said.

“Sustainable Olympic and Paralympic Games are a chance for the entire country and especially for the city hosting the Games and its region. From Munich 1972 to London 2012 it becomes clear what they can trigger in the economy and society if well conceived and executed.

Germany last hosted the summer Olympics when Munich staged the 1972 Games, while Berlin was the setting for the 1936 Games. Berlin failed to land the 2000 summer Olympics in Sydney and Leipzig was defeated in the race for the 2012 Games in London.

The latest bid process comes with Munich’s failed effort to land the 2018 winter Olympics still fresh in the memory. The bid was rejected in a local referendum and the DOSB insists it has learned lessons from this experience.

Both Berlin and Hamburg plan referendums once it is known which of the two will be the candidate for the 2024 Games. The DOSB said that its latest polls indicate a narrow majority is against the Games in Berlin, while the project has the support of 53 per cent of the Hamburg population.

“We have to promote the product and convince the citizens,” Hoermann added.