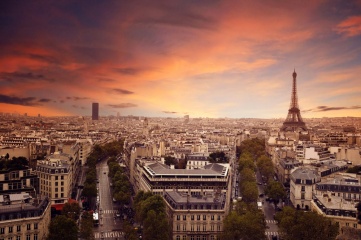 French officials are confident that ambitions to stage the 2025 World Expo trade convention in Paris will not derail a prospective bid for the 2024 summer Olympic Games.

Prime Minister Manuel Valls has offered public support for bringing the World Expo to France’s capital, prompting reports earlier this week that such a move would end the city’s chances of staging the Olympics exactly 100 years on from its previous hosting in 1924.

However, Nathalie Iannetta, the sports advisor to French President Francois Hollande, told the Associated Press news agency that it could be financially viable for both events to be pursued. “The investments that will be made will benefit both projects,” she said.

A feasibility study is due to be completed by the French Olympic Committtee early next year in collaboration with influential figures from sport, politics and business, with Iannetta stating that the findings will be central to deciding Paris’ next course of action.

“If it shows that a Paris bid is pertinent and that we have good chances to win, then the World Expo bid won't be an obstacle,” Iannetta added.

The United States, Hungary, Italy, Germany, Qatar, South Africa and Turkey have joined France in expressing an interest in hosting the 2024 Olympics.

Bids for the Games must be submitted by next year and the International Olympic Committee will select the winner in 2017. Bids for the hosting rights to the 2025 World Expo straddle this process, with submissions due in 2016 and a decision set to be made two years later.

Bernard Lapasset, the head of the French Committee for International Sport, called upon experience from his other role as the president of the International Rugby Board to state that hosting the Olympic Games and the World Expo in consecutive years would be possible.

“We'll obviously need to be careful with the finances, but look what happened with Japan,” Lapasset said. “They won the rights to host the Rugby World Cup in 2019 and the 2020 Olympics.”

In other news, Germany will delay its decision over whether to put forward either Berlin or Hamburg as a candidate city for the 2024 Olympics until next year.

The German Olympic Sports Confederation (DOSB) was expected to make its choice at a December 6 strategy meeting, but president Alfons Hörman is keen for his organisation to see the results of the IOC’s ‘Agenda 2020’ initiative and further assess the levels of support for Olympic hosting in both cities.

Hörmann told the Frankfurter Allgemeine Zeitung newspaper: “The worst option would be that we decide firmly on a city only for its citizens to then say the project will not be supported.”

The latest polls suggest Hamburg has significant public weight behind a bid, while Berlin - host of the 1936 Olympics - is more lukewarm overall.

Munich failed in a bid to stage the 2018 winter Olympic Games and Hörmann added: “A second Munich must not happen to us.”