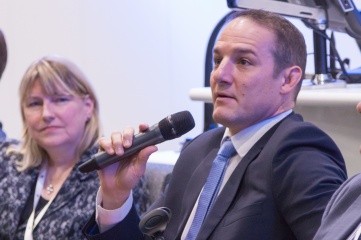 In a remarkable turnaround, the Commonwealth Games Federation has several cities from four countries interested in hosting the 2022 Games, after original choice Durban fell by the wayside

The bidding process for 2022 was reopened after Durban was unable to fulfil financial obligations. Durban had been awarded the Games when it became the sole bidder after Edmonton pulled out.

But with four countries having expressed interest by the 28 April deadline, the CGF is now set to have a strong pool of cities bidding for the major multi-sport event.

“We are delighted with the level of initial interest expressed by nations across the Commonwealth and look forward to working with all parties as plans develop for a Games to be proud of in 2022,” David Grevemberg CBE, CEO of the CGF said in a statement.

“This is the first step in a collaborative process that will see a clear and detailed set of criteria applied to any Games hosting ambitions. The process has been streamlined to be as agile as possible given the time available and to minimise costs for potential hosts, whilst maintaining the transformative ambitions of the Commonwealth Sports Movement.

“An expert CGF Review Team will work with each country in the evaluation of proposals of potential host cities. This will include a rigorous on-the-ground feasibility assessment and dialogue regarding hosting capacity and capability, resourcing and legacy ambitions, before a recommendation is made to the CGF Executive Board for final review and decision. Based on the number of interested parties it is not expected that the process will finally conclude until early Autumn.”

It has not been specified at this stage in the process which cities are proposed to host the Games. Cities connected with possible bids include Liverpool, Manchester and Birmingham in England; Sydney, Melbourne, Perth and Adelaide in Australia; and Kuala Lumpur in Malaysia and Victoria, Edmonton and Toronto.

The CGF has not ruled out the possibility of cities sharing hosting duties.