Home
»
News
»
Find your USP like Scotland, The Home of Golf 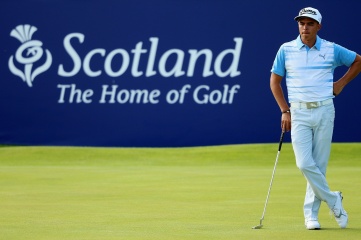 Paul Bush OBE, VisitScotland’s Director of Events, says identifying and maximising your USP is the key to placing events at the heart of your tourism strategy

Over the years I have listened to dozens of marketing experts talk about how to effectively promote and sell your product or brand in the face of stiff competition. Undoubtedly there are various techniques and tactics that marketeers can deploy but for me, the conversation has always seemed to end up back at one place – the unique selling point.

Working out what it is that differentiates your product from all others on the market is the key to not only standing out from the crowd but maintaining credibility in an environment where everyone is trying to shout louder than you.

In Scotland, our golfing USP was forged many centuries ago when the humblest beginnings of a game now played by more than 60 million people worldwide first took root. Few countries in the world have such a close association with a single sport than Scotland does with golf.

It is known around the world as the birthplace of the game, where every legend of the sport has played, where the rules were first established and where the game’s greatest championships were first played.

It is the place where golf clubhouses are the hubs of local communities, where a love of the game is celebrated in families and passed down through generations and where the finite elements of the game are regularly dissected over a few drinks in the 19th hole. In short, Scotland is the Home of Golf.

This USP represents the basis of all Scotland’s activities in golf, from promoting the country globally as a golf tourism destination to instilling it into the minds of Scotland’s schoolchildren as a game for everyone.

It has also been a catalyst for Scotland’s success in bidding for and securing the world’s most prestigious golf events. Don’t get me wrong, there are many factors that go into securing major events, not least past experience and an engaged and supportive Government, which we also have in abundance in Scotland.

But there is no doubt that when it comes to hosting a major golf event in Scotland, event organisers are drawn to the Scotland, the Home of Golf message and the added value it can bring to events.

A key example was The 2014 Ryder Cup, an event which was undoubtedly a huge success for Scotland, delivering economic impact, legacy and huge media profile in our key markets. But what was also apparent was the benefits that The Ryder Cup derived from being hosted in a country synonymous with the game and respected worldwide. Record numbers of overseas spectators at Gleneagles, including a larger proportion from the US than previous Ryder Cups, is indicative of that.

I don’t believe any other golf tourism brand can stand alongside that of The Ryder Cup and add value in the way that Scotland, the Home of Golf did in 2014. And in the current market with global golf sponsors and government support in shorter supply, in traditional markets at least, there is an even greater premium on a country being able to add brand value in this way.

When hosting a major event in Scotland, we endeavour to hand it back to organisers in a stronger position than when it came. This was a key element of our bid for The 2019 Solheim Cup and we firmly believe that Scotland, the Home of Golf can play its part in continuing to elevate the profile of not only The Solheim Cup but the women’s game globally.

There is an obvious quid pro quo in this equation. Our ultimate objective is to encourage more visitors to Scotland and we use our hosting of major golf events as a vehicle for achieving that. This event-led marketing strategy allows us to reach more potential visitors than we could through traditional marketing techniques and a limited budget, while adding further credibility to Scotland’s golfing proposition.

If you look closely at the golf events we support and the golf marketing we undertake, you’ll rarely see a VisitScotland logo when targeting golfing consumers. Instead, you’ll see the Scotland, the Home of Golf message because we know this resonates strongly with golfers around the globe.

This event-led technique also allows us to be innovative in the types of event we target, while also supporting the Scottish Government’s social inclusion and equality agenda. The 2019 Solheim Cup and the European Golf Team Championships – the world’s first mixed men’s and ladies professional event – in 2018 is further testament to that.

The golf tourism market is more competitive than it has ever been with golf tourists presented with more choice than ever before. Each destination has its proposition whether that be warm weather, cost, ease of access, new courses or luxury resorts. But among them Scotland continues to stand unique, as the only Home of Golf.

Paul Bush is speaking at Host City 2016, the largest meeting of cities and sports, business and cultural events. For more information visit www.hostcity.com/events/host-city-2016