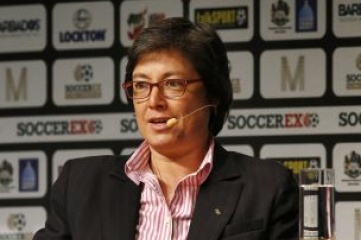 FIFA’s Committees for Women’s Football and the Women’s World Cup are proposing to the Executive Committee that the inaugural Women’s Club World Cup should take place in 2017.

Executive Committee member Moya Dodd convened a meeting of the FIFA Task Force for Women’s Football in Zurich on Monday, when the date of 2017 was proposed for the Women’s Club World Cup.

The Task Force noted that the competition is important “to create an annual showcase of elite women’s football and to provide an incentive not only to clubs, but also to confederations and member associations, to strengthen club football and club structures in their respective regions.”

This proposal is being examined by the Committees for Women’s Football and the Women’s World Cup on Tuesday, before a proposal is to be sent to the Executive Committee.

The FIFA Executive Committee, which decides on the introduction of all new competitions, holds its next meeting on 19-20 March.

FIFA President Sepp Blatter announced the creation of the Task Force in October 2013 in order to identify and establish priorities for the development of women’s football.

As well as the Women’s Club World Cup, the Task Force also discussed how to implement the ten key development principles for women’s football, which were first discussed at the group’s first meeting a year ago and approved at the 64th FIFA Congress in São Paulo.

“The approval of the ten key principles by the FIFA Congress last June marked a major milestone for the development of women’s football,” said Moya Dodd.

“These principles have laid a foundation from which to build on, sending a clear message to confederations and member associations on what FIFA expects of them to continue growing the women’s game.

“FIFA is also taking concrete action, for instance the doubling of women’s development funding for the 2015-2018 cycle, and now further progress is being made towards the creation of a FIFA Women’s Club World Cup. All of our efforts need to go in one direction in order to see more women on the football pitch but also involved off the pitch as well.”

Other topics discussed at the Task Force meeting included Futsal, the professionalisation of the women’s game, club licensing, medical issues and strategies to increase female