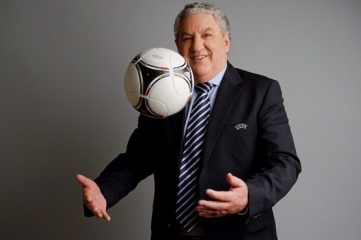 The report by FIFA’s Ethics Committee’s Michael Garcia into alleged bidding corruption is to be published, following his resignation

In a dramatic U-turn, the members of FIFA’s executive committee have voted unanimously in favour of making public its report into alleged corruption surrounding the bidding process for the Russia 2018 and Qatar 2022 World Cups.

The full report was written by US lawyer Michael Garcia, but only a controversial summary by his counterpart on the Ethics Committee, Hans-Joachim Eckert, has yet been published.

Garcia dismissed Eckert’s summary as “erroneous and incomplete” and resigned from the Ethics Committee on Wednesday after his appeal was dismissed.

While many contributors to the report have spoken out in favour of publishing it in full, all were promised confidentially and the published report will be redacted for legal reasons – and it will not be published until the conclusion of ongoing investigations into five people connected to the affair.

FIFA vice president Jim Boyce of Great Britain is one of the executives who has spoken in favour of publishing the report, saying “If people have nothing to hide, why are they afraid of something being issued?"