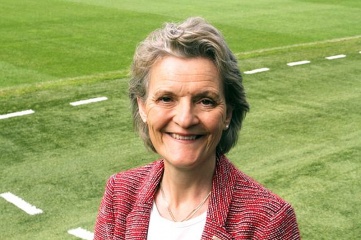 Host City spoke with Kristin Kloster Aasen, IOC Member and recently appointed chair of the Future Host Commission for the Olympic Games (Summer), to find out how the conversation with cities is changing

Host City: Congratulations on your appointment as chair of the recently formed Future Host Commission. What is the Commission’s primary role?

Kristin Kloster Aasen: First of all, I am honoured and excited to have been appointed to chair the Future Host Commission for the Olympic Games and YOG (Summer). Together with the other members of the Commission, who each hold important expertise and knowledge and the support of the highly skilled IOC Olympic Games Department and Future Olympic Hosts team, we will do our best to fulfil the mandate of the Commission provided to us.

The Future Host Commissions, one for summer and one for winter Games, have been established (approved by the IOC Session in June 2019) to undertake a whole new approach to electing future hosts of the Olympic Games and the Youth Olympic Games, advising and providing recommendations to the IOC Executive Board in this regard.

The overarching goal is to ensure that the Olympic Games may be fully aligned with future hosts’ long-term development plans. And that a dynamic and engaging new approach will benefit future hosts and provide the best possible Games for the athletes and participants.

The Future Host Commissions will oversee interest in future Games by establishing a permanent, non-edition-specific dialogue to explore interest among cities/regions/ countries and National Olympic Committees. This means that “host” does not necessarily refer to a single city as in the past but opens the door to multiple cities, regions and countries. Election timings are now flexible and adjusted to local opportunities and context – meaning that the former seven-year rule no longer applies.

This “Continuous Dialogue” as we call it is non-committal for both parties and will not require the interested parties to submit any reports. And this alone will contribute to cost reduction for the city/region/country as well as the NOC. The Commissions will monitor and analyse the projects, provide feasibility assessments, the results of which will form the basis for recommendations to the IOC Executive Board. The Commissions will report regularly to the Executive Board.

When the Executive Board makes a strategic decision to move forward with one or more Preferred Host(s) for a specific edition of the Games, this defines the start of a “Targeted Dialogue.”

At this time the preferred host(s) will be asked to submit a set of streamlined documents, including guarantees. The requirements and timelines will be the same for all preferred hosts. The Future Host Commissions will continue our work by making more detailed evaluations of the projects. This part is similar to the previous “Candidature Process”.

It is the responsibility of the Executive Board to put forward one or more preferred hosts for election at the IOC Session. Meaning that the IOC Membership will continue to be the final decision-makers on future hosts of the Olympic Games.

Host City: The Olympic bidding process now starts with an “invitation phase”. Who takes the initiative here – does the IOC identify and contact suitable cities, or do cities tend to come to you? Who is invited and how?

I believe it is likely that the initiative to the dialogue will arise from the interested parties themselves. However, referring to the role of the Commissions, the IOC has laid the foundation for a dynamic and open approach working both ways.

Host City: Some regions are already looking to bid – Queensland and Rhine-Ruhr, for example. What advantages might a regional bid have over a city bid – and would national, or even international bids be conceivable in the future?

Kristin Kloster Aasen: Sustainability is one of the pillars of IOC’s Olympic Agenda 2020 reforms. Therefore, we now say that new permanent venues should only be considered by a host if they align with the long-term plans of the local community. When this is not the case, the most suitable existing venue should be used, even if located in different cities, regions or countries.

The door is open for any interested party however way they chose to form. There is no “one size fits all” solution. We now provide the flexibility for Games projects to adapt to the future objectives of the hosts, and the best ones will be those that most successfully achieve this goal. However, the NOC of the country in question is of course still key.

Host City: What would you say is the most important issue facing the major event hosting sector today, and what needs to be done to address this issue?

Kristin Kloster Aasen: Whereas the Future Host Commissions will monitor and promote interest in future Olympic Games, they will also study long-term challenges facing the Olympic Games, such as climate change and legacy use of competition venues, in which the IOC Sustainability and Legacy strategies will play an important part.

The new election approach will increase IOC flexibility, and enable us and interested parties to better react to various developments and opportunities such as geographic, strategic, economic and societal.

Host City: What was your impression of Lausanne 2020 – how is the Youth Olympic Games developing as an event?

Kristin Kloster Aasen: Visiting Lausanne 2020 was a fantastic experience. These Winter YOG have manifested themselves as unique, sustainable and inspiring Games; by, for and with youth.

The concept of the use of several locations for venues, use of a unique public transport network for athletes, support personnel and spectators really highlight a modern approach in line with the ambitions set out in Olympic Agenda 2020.

The number of spectators at every venue and competition I visited was impressive and gave the Games a real feeling of home support for the Swiss (and French) people. Also, Lausanne which is normally a quiet city was full of life and young people every day. Great fun!

Host City: How are sports at Tokyo 2020 reflecting a new focus on young and urban audiences?

Kristin Kloster Aasen: The Olympic Games are more urban, more youthful and more gender balanced than ever before. Not only are new sports and disciplines like 3x3 Basketball, BMX freestyle, Skateboarding, Surfing, and Sport Climbing youth-focused events, they will feature in an atmosphere that puts the fan in front. The diversity of new and established sports and disciplines reflects well Tokyo’s cultural blend of tradition and innovation.

We have also re-imagined how the Olympic Games could be organised, simplifying venue plans, and using existing facilities, which has led to more than USD 4 billion in savings. All of this while making sure the Games are more exciting and engaging for fans both young and old around the world.