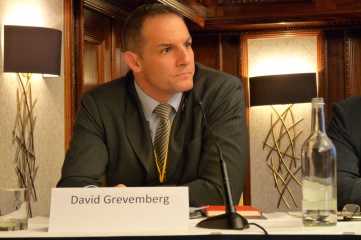 Edmonton announced on Monday that it would not proceed with its bid for the 2022 Commonwealth Games, citing the negative impact of the dramatic fall in oil prices worldwide.

Edmonton will instead focus on the 2026 Games.

Alberta’s economy is heavily reliant on oil exports. The fall in oil prices is having a significant economic impact on the province.

Since the Edmonton 2022 bid was launched, Alberta’s fiscal programme has fallen from a CA$500m surplus to a CA$7bn deficit.

“In light of this, we determined that we could not in good conscience put forth our bid for the 2022 Commonwealth Games,” said Bid Chairman Reg Milley.

“We strongly believe in the values of the Commonwealth Games and all that they stand for. Which is why this has not been an easy decision for us, as our team has been working tirelessly these last months to put together an extraordinary bid.

“But we believe that at this time it would not be right to move forward with our bid when cuts are being made in our communities to programmes like in education and health.”

Edmonton’s withdrawal has echoes of the 2006 bidding process, which saw sole bidder Melbourne being awarded the Commonwealth Games after Wellington pulled out due to cost concerns.

“We now look forward enthusiastically to working with the Durban 2022 Bid team and their partners through the evaluation process so, together as a Commonwealth sporting movement, we can realise the ambitions of delivering Africa's first Commonwealth Games.

“I'm confident that there will be a great 2022 Commonwealth Games to follow on from the fantastic experience of Glasgow and the dynamic Games currently shaping up in the Gold Coast for 2018.

“We will continue to engage with CGAs, cities, communities and citizens to ensure the 2022 Commonwealth Games can create a world-class sporting stage for elite athletes of the Commonwealth as well as make a positive and lasting contribution to the legacy ambitions of a proud African Commonwealth city and its people."

Edmonton’s bid was seen as a very strong contender and had the 2022 Games in its sights.

However, it was notable that the South African Sports Confederation and Olympic Committee, and not Edmonton, chose to exhibit at HOST CITY Bid to Win in October 2014, which included David Grevemberg as one of its VIP speakers.

“We are of course very saddened by this decision, but we know that this is the right one for the future of our city, province and country,” said bid CEO Simon Farbrother said.

“The Commonwealth Games have strong roots in Canada and we plan to be able to come back for the 2026 Games should the economic status allow. Of course, we are committed to supporting all sport events coming to our wonderful city and especially look forward to welcoming the FIFA Women’s World Cup this summer.”

Durban has also been linked to a potential bid for the Olympic Games in 2024, along with other South African cities.

The South African Sports Confederation and Olympic Committee was planning on waiting until the outcome of the Commonwealth Games host city election, on 2 September 2015, before announcing whether it would bid for the 2024 Olympic Games before the IOC’s bid submission deadline of 15 September.

With Durban the sole bidder, the host city election for the 2022 Games now seems a foregone conclusion.