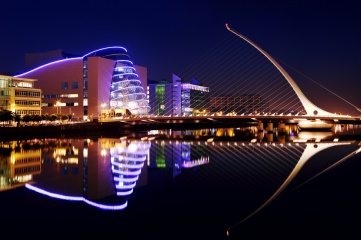 Dublin has been selected ahead of a number of European cities to host a major international technology conference next year.

The 37th International Conference on Information Systems (ICIS) will take place at the Convention Centre Dublin in December 2016, bringing up to 1,500 delegates to the city.

Dublin was announced as the host city at a meeting in Florida, beating rival bids from Istanbul, Munich and Vienna.

Hosting the conference will add millions of Euros to Dublin’s economy.

According to Lero, the Irish Software Research Centre, the Dublin bid team has been awarded a grant of EUR 50,000 from Science Foundation Ireland to the host the Conference.

The theme of the 2016 conference is “digital innovation at the crossroads”.

The conference became known as “International” in 1986, through Canadian and European attendance and participation. ICIS was first held outside North America in 1990 when Copenhagen hosted the event.