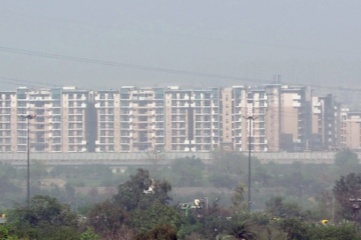 India has failed to meet the Olympic Council of Asia’s final, extended deadline for New Delhi to bid for the 2019 Asian Games

With the extended timeframe for the Indian Olympic Association (IOA) now passed, any hope of a bid from New Delhi for the 2019 Asian Games has now faded.

The Olympic Council of Asia (OCA) on Thursday told the IOA that they have a “couple of days” to submit the bid documents required for New Delhi to be considered to host the Asian Games in 2019.

That window of opportunity has now closed, the IOA confirmed on Monday.

To submit a bid, the IOA needed full political backing and had requested an urgent meeting with Prime Minister Narendra Modi, who was only elected in May.

The IOA had sought a 15-day extension, but this request was rejected by the OCA.

"Honestly, the time was too short. There's no one to blame ... neither the government nor the IOA. We tried our best but it was not enough.

"There is no more chance of bidding for the 2019 Asian Games."

The host of the 2019 Asian Games was originally elected to be Hanoi at an OCA meeting in Macau in November 2012. However, the Vietnamese government withdrew Hanoi from hosting the event, leaving the OCA seeking a replacement. The deadline for applying for candidacy for the Games was set as 1 July 2014.

New Delhi had already put in a bit for the 2014 Asian Games, which takes place from 19 September to 4 October, but it lost out to the South Korean city of Incheon. The OCA is due to announce the new host city of the 2019 Asian Games on 20 September, 2014.