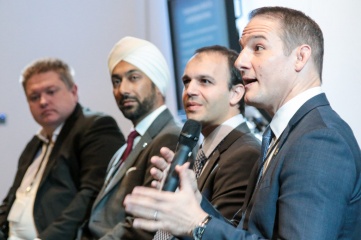 Prospective host cities have until April 28 to submit interest in replacing Durban.

Following the decision to strip Durban of the 2022 games, the Commonwealth Games Federation (CGF) has revealed that it wants to name a replacement host city by the end of this year.

After being awarded the 2022 games in September 2015, it was decided in March this year that the South African city would not meet key criteria set out in the CGF bidding process.

Since that decision was made as many as nine candidate cities had expressed “some informal interest” after the CGF again opened up the bidding process.

Speaking to a select group of journalists at SportAccord Convention, CGF CEO David Grevemberg said that prospective host cities have until April 28 to submit interest in replacing Durban. Once that deadline has passed the CGF will begin evaluating each bid book.

“Nine cities have expressed some informal interest,” said Grevemberg. “We are now looking to make that process more formal.

“We have put out a clear call for interests by April 28. Then we will evaluate those submissions and go through a process. We are purposely agile because we need to move this as fast and furious as possible but we also need to have a timeline.

“Let’s see how many cities come forward. We don’t want cities to waste money through a laborious bid process. We want to be very streamlined in this approach and leverage as much value as we can for the new prospective hosts and federations.”

English cities Birmingham, Liverpool, London and Manchester have reportedly expressed interest in 2022 as well as speculation that Malaysia’s Kuala Lumpur and cities in Canada could pose rival bids. Even a number of Australian cities could target 2022 despite the Gold Coast winning the rights to host the 2018 Commonwealth Games.

Despite this, Grevemberg says that every bid will be assessed. He added: “There are no bids off the table right now, but we have to look at what’s the best interests for the movement, what are our real options and we just need to go through the process right now.

“I don’t want to be too speculative on any particular cities or decision because we have enough agility. The notion of extraordinary circumstances requires extraordinary process. We will continue to be vigilant and sticking to our principles on this process.

“We don’t take the expressions of interests for granted at all and we recognise we need to evaluate a partner and not just be an auditor in the process.”