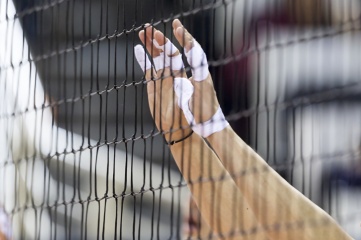 Poland, Azerbaijan and Georgia will host major CEV events in 2017

The European Volleyball Confederation (CEV) has announced that Poland will stage its 2017 men’s European Championship, while Azerbaijan and Georgia will co-host the women’s event in the same year.

Poland’s last and only gold medal at the men’s European Championship dates back to the 2009 edition held in Turkey. Polish Volleyball Federation and CEV vice-president Miroslaw Przedpelski said that plans are in place to host the final match at Warsaw’s National Stadium – the same venue that hosted the opening match of this year’s FIVB World Championships in front of a record-breaking crowd of more than 61,000.

For the women’s event, Baku and Guba will host games in Azerbaijan alongside Georgia’s capital, Tblisi. It will be the first time the CEV’s flagship event will travel to the two countries.

The CEV also revealed hosts for other events in 2016 and 2017 at its general assembly in Antalya, Turkey. The 2016 Beach Volleyball European Championship Final will take place in Biel/Bienne in Switzerland, while the 2016 women’s U19 European Championship will be co-hosted by Slovakia and Hungary in the cities of Nitra and Gyor, respectively.

Hungary and Slovakia will also organise the 2017 men’s U19 European Championship, with Puchov in Slovakia joining Gyor in Hungary as a host city.

CEV president André Meyer said that the bidding process for the 2019 and 2021 editions of the European Championships would be opened in the coming weeks. This is a change of strategy aimed at providing the eventual organisers with more time to prepare for hosting the events.