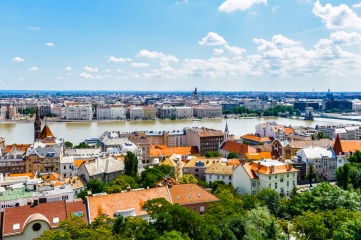 Budapest's mayor has described an Olympic Games bid as "unrealistic"

The Hungarian Olympic Committee’s (MOB) hopes of launching a bid for the 2024 Olympic Games have been dealt a blow after Budapest’s Mayor, Istvan Tarlós, said the idea is “unrealistic”.

Tarlós is running for re-election on October 12 and was responding to a question regarding a potential Olympic bid from his main rival, opposition centre-left candidate Ferenc Falus. Tarlós said, according to the Budapest Business Journal, that although the summer Games would have a major impact on tourism and sport in the Hungarian capital, now is not the right time to proceed with such a plan.

Tarlós’ comments come after MOB president Zsolt Borkai last week lent his backing to a possible Budapest bid for the 2024 Games, stating that “concrete steps” could be taken in the near future towards formalising an offer.

While acknowledging that the Committee still has a long road to travel before a formal bid, Borkai had added that “our intentions are unequivocal – we would like to host the best athletes in the world in Budapest”. Attila Szalay-Berzeviczy, head of BOM, a non-profit group of corporations and individuals backing an Olympic bid, said that while a bid for the 2028 Games would be “realistic,” the possibility of trying for 2024 “would not be surprising”.

Budapest has previously bid for five editions of the Games, but Hungary has never been awarded the Olympics.

Formal bidding for the 2024 Olympics will begin in 2015, with the International Olympic Committee (IOC) due to select a host city in 2017.