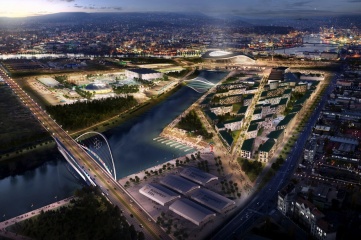 The decision comes after 260,000 people had signed a petition against the Olympic bid.

Budapest is to withdraw its bid to host the 2024 Olympic Games, leaving Paris and Los Angeles as the two remaining candidate cities.

Following a meeting between Prime Minister Viktor Orban, Budapest Mayor Istvan Tarlos and the Hungarian Olympic committee, government spokesman Zoltan Kovacs confirmed to Reuters that the city would drop its bid. A formal vote will now be held by the Budapest City Assembly.

The decision comes after 260,000 people had signed a petition against the Olympic bid and were seeking a referendum on the matter. Andras Fekete-Gyor, chairman of Momentum Movement, told the BBC: “Over a quarter of a million signatures have come together so this money is spent on modern hospitals and well-equipped schools instead of on the Olympics.”

A government statement published on national news agency MTI said: “For Budapest and Hungary the Olympics is a national issue. In recent months, the earlier unity has broken down and the issue of the Olympics has turned from a national issue into a party issue. Opposition parties are responsible for this, those who backtracked on their earlier decision [to back the bid].”

Budapest are the third candidate city to withdraw from the 2024 process after Hamburg in 2015 and Rome in September 2016.

In September in Lima, Peru, the International Olympic Committee (IOC) will elect the winner when it votes between Paris and Los Angeles.