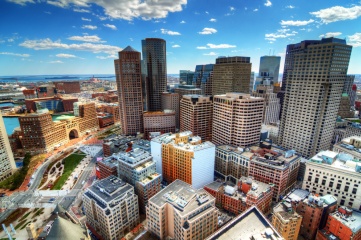 Providing guarantees to the IOC is challenging for any US city bidding for the 2024 Games – and not just Boston, the US Olympic Committee’s lead advisor told HOST CITY

The US Olympic Committee is due to speak with Boston’s bid team today to re-evaluate whether they should remain the US city of choice to bid for the 2024 Olympics Games – but comments made to Host City earlier this month by the USOC’s lead advisor indicate that the choice of city is not the critical issue.

“I think the biggest challenge that any US city faces has to do with the host city agreements and being able to provide the appropriate guarantees to the IOC. It’s no secret that that’s a challenge for any US city.” USOC advisor Doug Arnot told Host City in early July.

“Being able to put together a programme that is risk-averse, that minimises and mitigates risk to the extent that it can be acceptable to fitting in state government is always going to be a challenge for any US city, not only Boston.

“Boston has responded very well to what I would call democratic pressures. They have had to take a look at their plan and make sure that it made sense from a financial perspective, from a legacy perspective – they’ve had to examine it much more carefully than a lot of bids would at this time.

“They’ve been under the gun, it’s definitely been a challenge but they’re responding very well to the challenge.”

National Olympic Committees interested in bidding for the 2024 Olympic Games must present a city to the IOC by 15 September.

Budapest, Hamburg, Paris and Rome have so far been announced as bidding cities, with Toronto said to be considering applying. The Russian city of Kazan has also recently been linked to a possible bid.