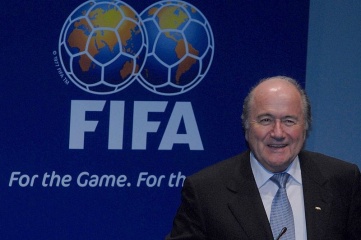 President Blatter, the head of world football’s governing body FIFA, will deliver a formal address to Soccerex delegates on Monday 8th September, the organisers have confirmed. This will be Blatter’s ninth Soccerex appearance over the past 19 years.

His appearance at Soccerex Global Convention comes at a significant time in relation to the investigation by FIFA prosecutor Michael Garcia into the bidding process for the Russia 2018 and Qatar 2022 FIFA World Cups, with the investigatory chamber of the FIFA Ethics Committee recently stating that “we expect to deliver our report to the adjudicatory chamber by the first week of September 2014”.

In a one-to-one interview with Jeff Powell of the Daily Mail, Blatter will also address the latest issues affecting the global game and looking back on a fantastic FIFA World Cup in Brazil.

“FIFA and their President have always been enthusiastic supporters of Soccerex, but welcoming President Blatter to another event is always a huge honour for me,” said Soccerex CEO Duncan Revie.

“The interview is set to be one of the most important sessions in the history of Soccerex and will command a huge media presence all over the world.”

The Soccerex Global Convention kicks off with the Football Festival on 6-7th September, with the conference starting on Monday 8th September. A packed international exhibition and a programme of networking and social events complete the schedule for the world leading football business event.

For more information about Soccerex please visit http://www.soccerex.com/global or call +44 (0)20 8987 5522 or email enquiry@soccerex.com