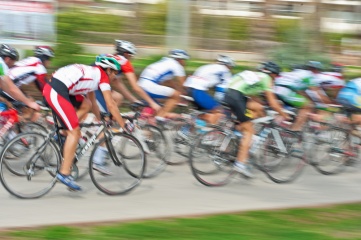 The Norwegian city of Bergen will host the 2017 edition of the International Cycling Union’s (UCI) Road World Championships, while the governing body has also appointed hosts for a number of other events.

The 84th staging of the UCI Road Worlds will take place from September 17-24, 2017 and Bergen’s successful candidature was confirmed at the 2014 championship in Ponferrada.

The Spanish city will wrap up this year’s event on Sunday, before it heads to Richmond, USA and the Qatari city of Doha in 2015 and 2016 respectively.

Speaking to the Procycling.no website, UCI president Brian Cookson hailed Bergen for producing “by far the best application” out of the four that the governing body received.

He added: “We are very pleased that Bergen has delivered a strong application and we know the city will deliver what it has have promised, As with all international federations, we require host cities to have the money and resources to do a good job with the championship.

“We are looking for a place where cycling is strong, has the potential for growth and can help strengthen cycling’s reputation. But most of all we are looking for candidates that can host an excellent event for riders, fans and the teams that work around the riders.”

Elsewhere, the UCI has awarded three more of its flagship events.

The hosting decisions were reached at a two-day meeting of the UCI Management Committee and Cookson said: “I am delighted that we are taking cycling to even more people around the world. All these developments show the direction we are heading and, while there is still much to do, we are beginning to see the benefits of our efforts to restore trust in the UCI.”

Earlier in the week, the UCI announced that the season-ending Tour of Beijing has been left off the 2015 WorldTour road race calendar.