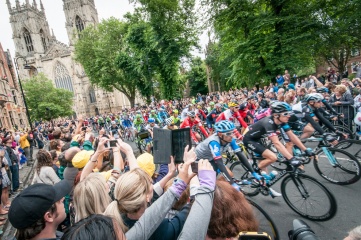 Tour de France organiser Amaury Sport Organisation (ASO) has dismissed claims by the Tourism Authority of Thailand (TAT) that it is in talks to stage the Grand Depart of its showpiece cycling race in the Southeast Asian country.

TAT governor Thawatchai Arunyik told the Reuters news agency today (Thursday) that he had held encouraging talks with ASO chairman Etienne Amaury over the possibility of holding the Grand Depart in 2016.

This was a stance that ASO quickly refuted, confirming that Thailand could be in line to host a one-day race in association with the Tour - as has recently happened in Japan - but stating that there are no plans to take the race itself so far afield.

“There are talks indeed but not to bring the Tour to Thailand,” an ASO spokesman told Reuters. “There are discussions to settle in Thailand via a criterium, just like we did in Japan with the Saitama Criterium by Le Tour de France.”

Gaining a criterium would be a significant development for cycling in Thailand, even if it represents something of a step down from Arunyik’s earlier claims.

“We are still talking with Tour de France organisers but we are looking at the next fiscal year. So 2016, not 2015,” he had said.

“We’re not sure yet how many stages we will hold, whether it is one or two stages or the whole competition. This is something that still needs to be discussed.

“Thailand is the perfect location for this highly prestigious competition, not to mention that cycling as a sport is enjoying enormous popularity here at the moment.”

Last year’s rapturously received opening stages in Yorkshire, England marked the 20th occasion in the Tour de France’s 101-year history that it has started on foreign soil, although these excursions have been limited to western European countries.

Utrecht will host the Grand Depart in 2015 - the sixth time the Tour de France will have started in the Netherlands.