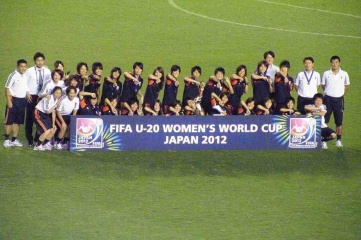 FIFA has received declarations of interest from a large number of football associations as the bidding process opens for eight events, including 2019 Women’s World Cup

FIFA has sent bidding documents to 31 member associations that have declared their interest in hosting eight tournaments.

The relevant member associations now have to sign and return the documents before the FIFA Executive Committee begins the process of assigning the hosting rights.

FIFA has made it clear that it would prefer the 2019 Women’s World Cup and the 2018 U-20 Women’s World Cup to take place in the same country. Four countries have put themselves forward for these two events, namely England, France, Korea Republic, New Zealand and South Africa.

For the 2018 U-17 Women’s World Cup, FIFA has received five declarations of interest, from Bosnia and Herzegovina, Egypt, Finland, Northern Ireland and Sweden.

The deadline for submitting the hosting agreement together with all the signed bidding documents for all of the women’s events is 31 October 2014. The election of the host nations is scheduled to take place at the first FIFA Executive Committee meeting in 2015.

All bidding and hosting documents for the 2017 FIFA Beach Soccer World Cup must be signed and submitted by 1 October 2014. The FIFA Executive Committee will appoint the host at its meeting in December 2014.

FIFA has also opened the bidding process for four editions of the FIFA Club World Cup. India and Japan have put themselves forward for the tournament in 2015 and 2016, while Brazil, Japan and UAE are aiming for 2017 and 2018.

The deadline for submitting the bidding documents is 25 August 2014 and the host will be selected by the Executive Committee in September 2014.

“FIFA is delighted to see the impressive interest from its member associations in hosting a FIFA competition,” football’s world governing body said in a statement.