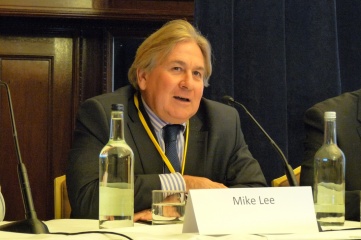 The drop-out of several European cities bidding for the 2022 Olympic Games has created “shockwaves”, but IOC reforms and stronger communication from cities will enable them build the public support needed to bid for future Games.

This is the view of Mike Lee, chairman of Vero, who led on the communications strategies for Rio 2016 and London 2012.

“The race for 2022 has sent a few shockwaves around the Olympic movement, so it’s good that the IOC have already been thinking about this for a while under President Bach,” Lee told HOST CITY.

A lack of public support led the European cities of Stockholm, Munich, Krakow and Oslo to withdraw from bidding for the 2022 Winter Games. The perceived cost of hosting, at a time when Sochi was investing billions in hosting the 2014 Winter Games, was a major factor in suppressing public appetite for hosting the Games.

The Olympic Agenda 2020 reforms set in motion by IOC president Thomas Bach are addressing this issue in a number of ways. “A number of the reforms that are being proposed for the bidding process and the way that cities engage with the IOC are all good news,” said Lee.

One important recommendation is the possibility of regional bids, which would allow existing venues in different cities to feature in bids. “There’s definitely going to be a lot more dialogue and flexibility – tailoring, if you wish, the way in which a bid is constructed.”

While these changes from the rights holder are clearly a positive step, city governors will also have a major role to play in building public support for bids.

“You will still need to have support from the relevant levels of government. The lessons from all the recent cycle of bidding is that that remains central. The way you have democratic scrutiny and, in some cases, all the requirements of a referendum – it’s a reminder that you need to build public support.”

The two cities left in the race for 2022 – Beijing and Almaty – do not have a tradition of public referendums. Some observers fear that democratic nations might remain disadvantaged in future bidding cycles.

“This issue of public opinion and political support go hand in hand and you’ve got to pay a lot of attention to it. It’s clearly solvable; otherwise you’d never see bids emerging from democratic countries.”

The timing of polls needs to be considered carefully. “Ideally you want to be able to test public opinion after you’ve had some sort of campaign, because if you have a cold test, don’t be surprised if you have a negative result.

“The London bid would be a very good example. If were depending on the poll in the early days of the London bid, London would never have progressed. It took some time to build the campaign and in the end the polling figures for London were very good, and the national joy came with London winning in Singapore.”

Rights holders of major events can expect to see a larger number of applicant cities emerging from this bearish period. “It would be wrong to judge the state of the appetite for major events just from the Olympic bidding process for 2022,” says Lee.

“Most mega events do have multiple bidders – people can’t be looking at the willingness of cities to host purely through the prism of the 2022 Winter Games race, because that is a bit of a one-off. But it’s sent off some warning signals and Agenda 2020, from an Olympic perspective, is all a part of responding to that.”