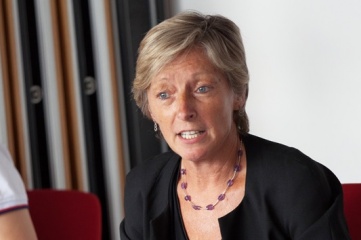 [Source: UK Sport] UK Sport believes the range of medal possibilities for the Beijing Games currently sits between 5-12 Olympic and 7-11 Paralympic medals at the next Winter Games, which if achieved would at the very least sustain success from the PyeongChang Games this year but could also surpass those record-breaking achievements.

In addition Short Track Speed Skating world champion Elise Christie will be offered innovative new Medal Support Plan investment given her significant and consistent world level success in the PyeongChang cycle. This investment approach has recently been directed to target medal success in the sports of Badminton, Climbing, Karate and Archery in Tokyo 2020.

Total National Lottery and taxpayer investment across the four years to Beijing will be around £24 million, compared with the £32 million investment in the PyeongChang Cycle. This will enable support for around 70 athletes who have the potential to win medals at the next or future Games.

Investment will be able to go further due in part to a planned voluntary integration between the British Ski and Snowboard and British Para Snowsport programmes, which will create efficiencies as well as enabling cutting-edge coaching and innovation to be shared between the squads.

The funded winter sports have pledged £3.4million of co-funding into their world class programmes, with the bulk of this coming from the booming popularity and commercial success of the Ski and Snowboard sector.

The application of UK Sport’s investment principles – which prioritises sports with clear future medal potential in order to maximise inspirational returns from public investment – means that the world class programmes of Bobsleigh, Figure Skating, Wheelchair Curling and Short Track Speed Skating will be transitioned off funding with the annual opportunity to make a case for support based on world-class level results if achieved thereafter.

UK Sport is committed to ensuring that the impact of its decisions on athletes, staff and sports are carefully and sensitively managed, and will therefore be working closely with all sports that will no longer be in receipt of – or in receipt of significantly reduced – investment on an appropriate transition plan for athletes and staff. A transition fund of circa £1.5 million will be available and plans for each sport to access this will be developed in partnership with the relevant home country sports institute. For example, the transition funding could enable athletes to compete through to world championship events in February/March 2019 for which they are already training.

UK Sport CEO Liz Nicholl said: “After a record-breaking PyeongChang 2018 which saw Team GB and ParalympicsGB hit their Olympic and Paralympic medal targets of 5 and 7 respectively, today marks an important step on the path to Beijing 2022 as we target further inspirational success at the Winter Games.

“We have been working in partnership with sports for more than a year to develop their Beijing strategies and I would like to thank them all for their professionalism during this process. While UK Sport would like to be able to invest in every Olympic and Paralympic sport our role is to prioritise within agreed resources in order to protect and enhance the medal potential within the system. We believe these strategic investments will deliver medal winning success to inspire the nation once again in Beijing in 2022.

“We fully understand the huge significance of our decisions and that they will impact on the hopes and dreams of the athletes, coaches and support staff that we are unable to invest in at this time. We are committed to managing this with appropriate care and will be working closely with those affected by these decisions to help support them in their transition.”

UK Sport has currently put out to public consultation the future funding strategy of elite sport in the country, which will come into effect following the Tokyo Summer Games from April 2021 and which will apply to the 2026 winter investment cycle after Beijing. All members of the public, stakeholders and partners are encouraged to have their say at www.uksport.gov.uk

Governing bodies being funded through to Beijing 2022 will also be expected to be compliant with the Code for Sports Governance as of October 2018. UK Sport is currently also conducting an options appraisal as to where the World Class Programme for Skeleton will be housed in the Beijing cycle.