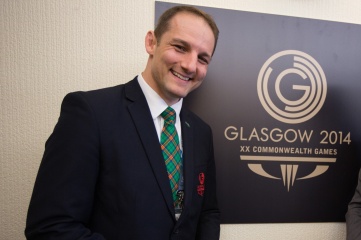 David Grevemberg, former Glasgow 2014 CEO, is to join officials from Beijing, Barcelona and Istanbul at HOST CITY Bid to Win just before starting work as CEO of Commonwealth Games Federation

HOST CITY Bid to Win conference, which takes place on 28th October 2014, is attracting the most influential figures in major events.

David Grevemberg, who oversaw what was widely hailed as the “greatest Games ever” in Glasgow, is to speak at HOST CITY Bid to Win just six days before he takes on his new role as CEO of the Commonwealth Games Federation.

Grevemberg is set to close the conference with a panel discussion entitled “Beyond the Bid: Winning for the Future,” joined by Wang Wei, vice president of the Beijing Olympic City Development Association, Jordy Joli, CEO of finance at Barcelona City Council and Ali Kiremitcioglu, CEO of Istanbul’s bid to host the 2020 Olympic Games.

The panel will discuss whether the visibility gained from bidding justifies the cost, how to ensuring that event delivery reflects promises made in a bid, and how to use a bid to attract investment that works for the future of the city.

“One of the biggest challenges is to continue to make sure that the Games represent quality, quantity and universality,” he told HOST CITY. “As the Commonwealth Games Federation moves forwards and future hosts come down, it’s about really making sure that the Games can manage all of that and perpetuate itself further by ensuring that it is continually relevant.”

“The momentum around Bid to Win has built up so quickly and we are thrilled to have such a distinguished array of speakers confirmed at this stage,” said Ben Avison, Editorial Director of HOST CITY and Chairman of Bid to Win.