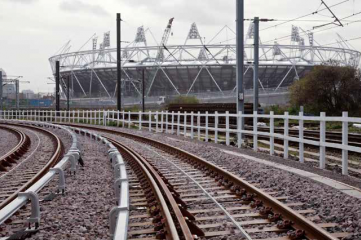 An integral part of planning for any big sporting event is the transportation strategy, and the consensus is that London got it right for the 2012 Olympics

Between July and September last year, the Olympic and Paralympic Games brought competitions in 26 sports across 34 venues and 10,500 athletes from 204 countries to London. A total workforce of around 200,000 people, including more than 6,000 staff, 70,000 volunteers and 100,000 contractors, were involved in the Games.

Effective transport had long been recognised as an essential factor for a successful London 2012 Games. Before the Games began, some critics argued that London’s transport system was already strained and would not cope with the extra demands associated with hosting the Olympic and Paralympic Games.

However, as a result of a comprehensive programme of transport upgrades and detailed planning in advance of the Games, excellent operational performance during the Games, and changes in travel behaviour by regular travellers, transport performed very well and made a vital contribution to the success of the Games.

Faster, higher, stronger
Almost GBP 6.5 billion was invested in transport improvements around the Olympic Park and across London, all delivered well before the Games began. The upgrades were well needed: London 2012 saw record attendance at events.

During the Olympic Games, there were 7.4 million ticketed spectators (6.25 million in London), including 2.8 million spectators at Olympic Park venues alone. The Paralympic Games sold out for the first time in their history, with 2.7 million ticket sales, including 100,000 non-event tickets. Record numbers of spectators also viewed the road events across London and the South East, with a total of 1.8 million estimated to have attended.

During London 2012 London’s public transport delivered 62 million journeys on London Underground – up 35 per cent on normal levels. Tuesday, 7 August was the busiest day in the Tube’s history, with 4.57 million passengers, while Sunday 5 August saw 78 per cent more passengers than a normal Sunday in 2011. There was a 27 per cent reduction in the impact of service disruption during the Olympic Games, measured in terms of lost customer hours.

The Docklands Light Railway (DLR) saw almost 6.9 million journeys over the Olympic Games – up by over 100 per cent on normal levels. Over 500,000 journeys on a single day were made for the first time on Friday 3 August. During both the Olympic and Paralympic Games, reliability on the DLR was 99 per cent.

VIPs go public
One of the areas that caused the most concern before the Games was the Olympic Route Network (ORN) and the proposed ‘VIP’ lanes or ‘Games lanes’ for athletes and officials. These Games lanes were in effect temporary priority routes to enable athletes and officials to get to the Games swiftly. They were only implemented when and where required and were strictly enforced.

But because officials and athletes used public transport much more than expected, the flow of Olympic family vehicles were typically 30-40 per cent below LOCOG’s pre-Games predictions. As a result, TfL was able to actively manage the ORN using roadside variable-messaging signs, with around 60 per cent of Games lanes remaining open to general traffic during the Olympic Games and around 70 per cent during the Paralympic Games.