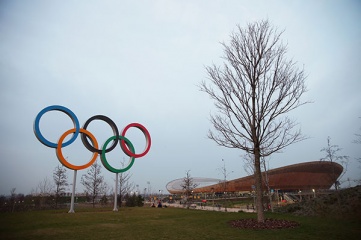 The redevelopment of the south section of the Queen Elizabeth Olympic Park is now complete, enabling the park to fully open to the public for the first time since the London 2012 Olympic Games.

“In the 18 months since the end of the Games, we have created a magnificent new park for London with beautiful parklands and waterways and world-class sporting facilities,” said Dennis Hone, Chief Executive of the London Legacy Development Corporation, which led the post-Games transformation of the park.

“We want people to come and enjoy this new destination, whether they are reliving the memories of the golden summer of 2012 or experiencing it for the first time.”

At 560 acres, or 2.2sq km, the park is the largest to open in London for more than 100 years. Newly landscaped parklands, waterways and an action-packed adventure playground featuring swings, a rope bridge and activity zones have transformed the site.

Sir John Armitt, chairman of the Olympic Delivery Authority said: “The Olympic Park was a huge hit with spectators in 2012, but now countless thousands more will get a chance to see how it has been transformed for generations to come to use and enjoy – walking, relaxing, seeing the sights, or having a picnic, as well as playing and watching sport in four world-class venues.

“This, and the work we are doing to complete 2,818 new homes in East Village, is proof that the legacy we all talked so much about is very real.”

The Lee Valley VeloPark opened its doors for public use for the first time on 31 March 2014, while the Lee Valley Hockey and Tennis Centre will open in June 2014.

Meanwhile, the Olympic Stadium is being transformed into a multi-use venue. A major new arts and cultural centre is also set to be built within the park.

Planning permission has also been granted for up to 10,000 new homes, including more than 2,800 in the former Olympic Village, which has now been renamed East Village.

“The opening of Queen Elizabeth Olympic Park is not the end of the transformation story,” said Hone. “We are building a new heart of east London creating jobs, building new homes, and bringing in investment, culture and education with partners like the Victoria and Albert Museum and University College London. It is a truly exciting time for all Londoners and we encourage people to come and see Queen Elizabeth Olympic Park for themselves.”