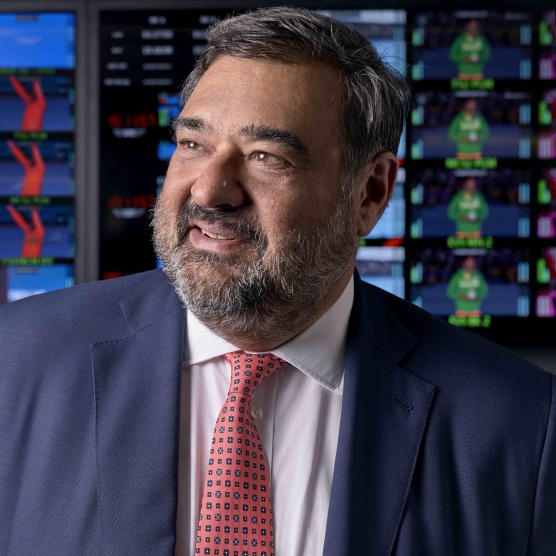 Yiannis Exarchos is the CEO of Olympic Broadcasting Services (OBS), the organisation created by the International Olympic  Committee (IOC) to serve as the permanent host broadcaster for all Olympic  Games and Youth Olympic Games. He was appointed to this position following the Olympic Games London 2012, after having served as a top executive for all Olympic  host broadcasting organisations since Athens  2004.

In 2015 he was also named Executive Director  of Olympic Channel Services (OCS), the corporate entity charged with creating and operating the IOC's Olympic  Channel, which  was successfully launched in 2016 and is now the core hub for content creation, technology and digital development, as well as data analysis for Olympics.com and the wider  Olympic  digital ecosystem. He is also a member  of the OCS SL Board of Directors.

Specialising in the management and coverage of global sporting events, his background in radio, television, music and film brings a comprehensive perspective to the planning and management of the broadcast of major events.

His in-depth media experience and leadership have earned him numerous nominations and recognitions, including, among many others, five Emmy Awards, five Webby Awards and more than ten Telly Awards. He also received an award from the Greek National Olympic Committee for his long-term contribution to the Olympic Movement, and the Great Wall Friendship Award in acknowledgment of his contribution to Beijing's progress and development.

Yiannis Exarchos was born in Athens in 1964 and studied Law and Film directing. During his earlier career, he produced and presented cultural and art programmes on Greek TV and Radio and held several management and senior executive positions in a number  of broadcast organisations, including Executive Director  of the Greek national broadcaster ERT. He has lectured at numerous conferences and collaborated with several public  and private organisations such as the European Broadcasting Union (EBU) and the United Nations  Educational, Scientific and Cultural Organisation (UNESCO). He is also a regular speaker at international conferences and events on broadcast, new technologies and digital media.

He lives in Madrid with  his wife Vana; his native language is Greek and he is also fluent in English, French and Spanish.