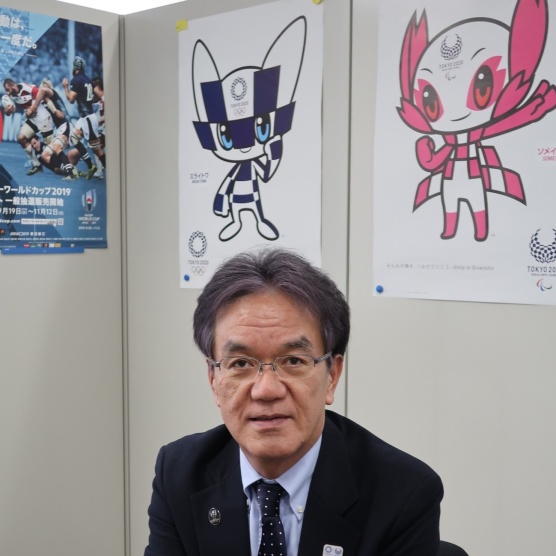 In his current position, Yasunobu Nishimura not only handles planning for the Tokyo 2020 Games, preparations for the opening of competition venues, and coordination with relevant local governments in Japan, but also oversees operations related to security, the Olympic Torch Relay, and more.

He joined the Tokyo Metropolitan Government (TMG) in 1984 and has extensive experience in metropolitan affairs, ranging from education to hospital management, local government collaboration and local promotion. Among his notable accomplishments, immediately after the 2011 Great East Japan Earthquake, he went to the disaster-stricken region to lead the TMG’s on-site support activities for recovery.

His expertise is used for not only Tokyo’s further growth through the Games, but to deliver a successful Games that will also contribute to the recovery of the Tohoku area, and to spread the benefits of the Games throughout Japan.

He received his Bachelor’s Degree in Law from Chuo University.