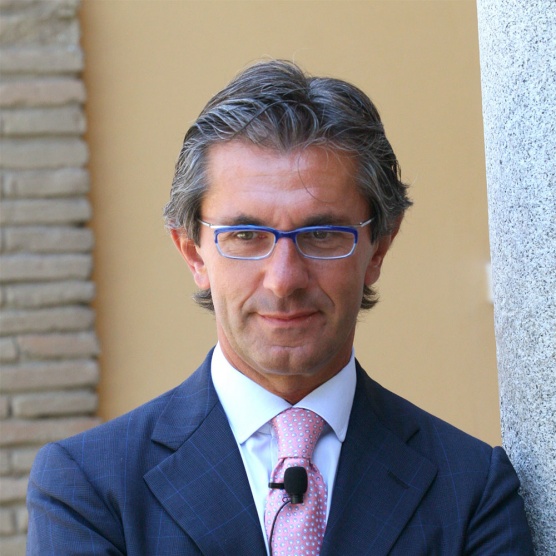 Vincenzo Novari, CEO of the Milano Cortina 2026 Organising Committee, was born in Genoa on June 4th 1959.

After graduating in Economics and Business, he started his career, first as Sales Account Manager for Johnson Wax, then as Product and Marketing Manager for Bolton Group and as Marketing Director to L’Oréal Group and Danone Group.

In 1995, he joined the telecommunications sector as Sales and Marketing Vice President of Omnitel Pronto Italia and in 1999 he became the CEO of Omnitel 2000, the first mobile Internet operator in Italy.

At the beginning of 2000, he was appointed, first, General Manager and then CEO of Andala, a company subsequently acquired by Hutchison Whampoa LTD of Hong Kong. He led the leader UMTS mobile operator, renamed 3 Italy, as CEO until 2016. 3 Italy reached 11 million customers, € 3 billion turnover and 5.000 employees.
He was member of the Confindustria Executive Council for Innovative and Technological Services (2006 – 2009), member of the Industrial Union Council of Rome (2006 – 2008), member of the Assonime Council (2003 – 2014) and Vice President of Asstel (2003 – 2005).

He was keynote speaker at the ITU – Telecom Word Geneva (2003) and contract professor of marketing at the Federico II University of Naples (2005 – 2006). He was appointed “Cavaliere di Gran Croce” (Knight of the Grand Cross) by the President of the Italian Republic Carlo Azeglio Ciampi.
In 2017 he founded NHC, a holding and consulting company.

On November 6th 2019, he was unanimously appointed as the CEO of the Milano Cortina 2026 Organising Committee.