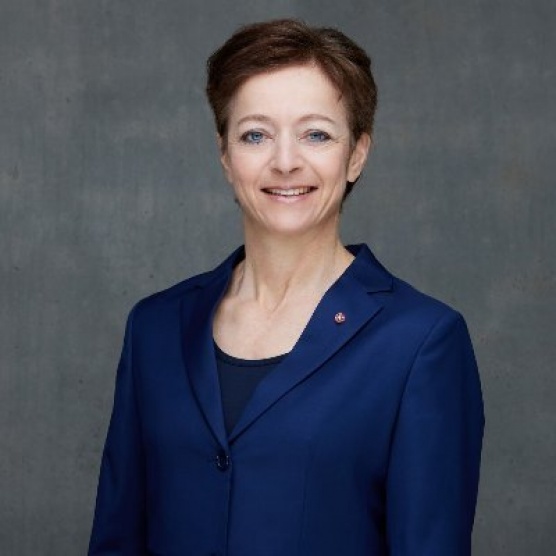 Sarah Lewis has been involved with international skiing on both a competitive and administrative level for over 30 years. She was a member of the British Alpine Ski Team from 1982-1988 and competed in the 1987 FIS Alpine World Ski Championships and 1988 Olympic Winter Games.

She began working for FIS in 1994 as Co-ordinator for the Continental Cups covering the series globally. She became International Ski Federation (FIS) Director in 1998 before being appointed Secretary General where she served from 2000 until 2020. In 2021 she ran for the presidency of FIS.

Sarah Lewis has served as a Member of the IOC Programme Commission, on three Olympic Winter Games Coordination Commissions (2018, 2022 & 2026) and the Youth Olympic Games (2020 & 2024), and overseen the FIS activities at five Olympic Winter Games.The FIS disciplines will represent more than half of the Games programme at Beijing 2022.

She is presently supporting the Chinese Winter Sports Association as Senior Strategic Advisor focused on their preparations for the Beijing 2022 Olympic Winter Games.