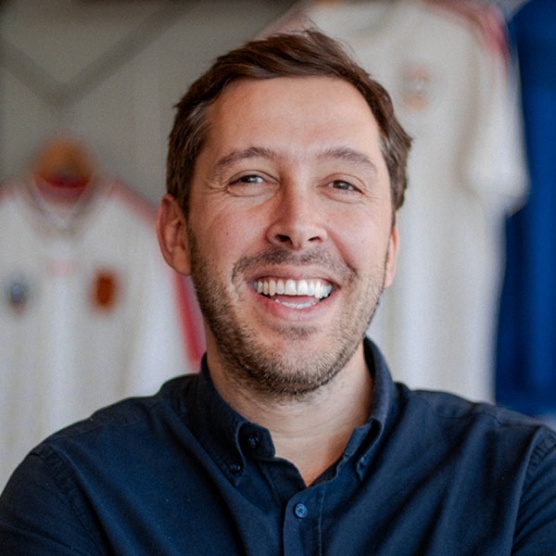 Pedro is responsible for the development and delivery of the global ElevenSports.Com platform. This includes the integration of niche-premium, longtail and grassroots live and on-demand events into the service, alongside original sports and entertainment programming.

Pedro began his entrepreneurial career developing Beach Soccer in Nigeria and Chile, having previously worked in marketing and communications roles at major European football leagues in France and Spain, and the European Professional Football Leagues in Switzerland.

Based in Switzerland and unable to watch Boavista, his boyhood football team, Pedro then developed the idea for a platform through which any club, league, or federation could broadcast their matches, no matter their size or location. This idea became MyCujoo, the company he co-founded with his twin brother João in 2014.

Pedro helped transform MyCujoo from a two-person start-up with a single customer in Switzerland into a company with thousands of partners and millions of users from over 150 countries worldwide, and oversaw MyCujoo's acquisition by ELEVEN in 2020.