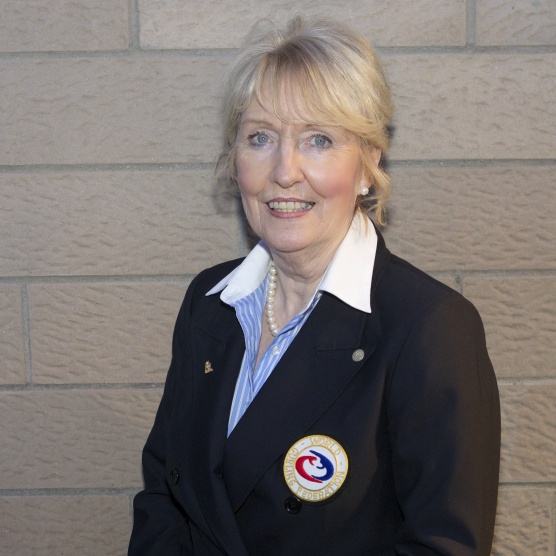 Kate Caithness was elected President of the World Curling Federation in April 2010, making her the first female president of an Olympic Winter Sports Federation.

She has been involved with curling since the 1980s, originally as a playing member of the Royal Caledonian Curling Club, before turning her effort to developing the sport.

Caithness was part of the team that created the first World Wheelchair Championships and was responsible for Wheelchair curling’s inclusion in the Paralympic Winter Games.

In 2013, Caithness was bestowed the honour of an OBE (Order of the British Empire) by Queen Elizabeth II for services to curling and international disability sport.

She was made a Commander of the Most Excellent Order of the British Empire (CBE) for ‘Services to Sport’ in the Queen’s New Year 2019 Honours List.

She is also a Council member of AIOWF and GAISF.