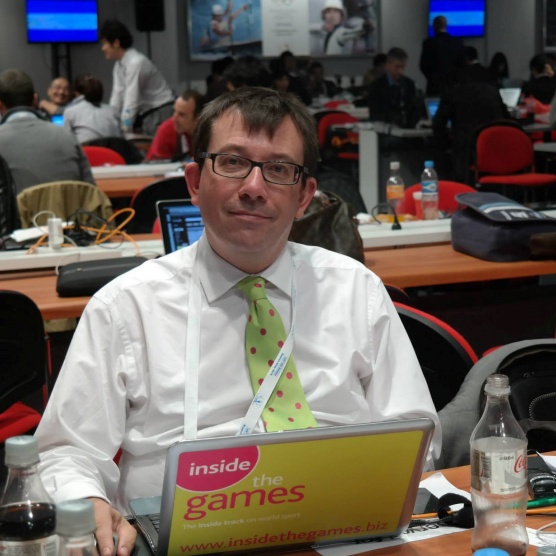 Mackay is one of Britain's best-connected journalists and during the 16 years he worked at The Guardian and The Observer he regularly broke a number of major exclusive stories, including the news that British sprinter Dwain Chambers had tested positive for banned performance enhancing drugs.

He was the first journalist to alert the world to the fact that Greek sprinters Kostas Kederis and Ekaterina Thanou were under suspicion of using drugs and deliberately avoiding doping tests. Mackay's ground-breaking stories were recognised when he was voted the British Sports Journalist of the Year in 2004 and, in the same year, won the British Sports News Story of the Year.

His impeccable contacts within the Olympic Movement were also brilliantly demonstrated when in 2005 on the morning of the vote to decide which city would host the 2012 Olympic and Paralympic Games he was the only British journalist to predict correctly that London would beat Paris.

Mackay was also the only journalist to carry the Olympic Torch when it passed through London on its way to Beijing in April 2008. This was followed by him carrying the London 2012 Olympic Torch through Wimbledon where he handed the Torch to tennis star Andy Murray outside Centre Court.

Mackay regularly appears on Sky News, BBC News 24, BBC World, Sky Sports News, BBC Radio 5 live and CNBC, as well as several other radio and television stations around the world including several Japanese television stations. He has written several books, including the highly critically-acclaimed Running Scared: How Athletics Lost its Innocence, Linford Christie, The History of the Olympics and China Gold: China's Quest for Global Power and Olympic Glory.

In 2005, Mackay launched, and was the editor of insidethegames.biz.

The success of the sites led to Mackay being voted British Sports Internet Reporter of the Year in 2009.