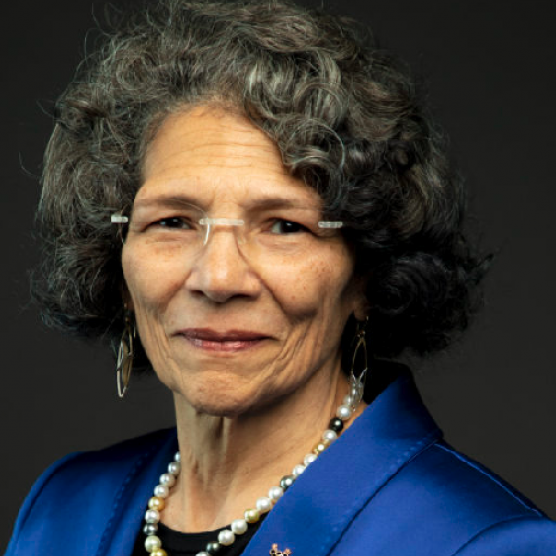 Anita L. DeFrantz is a member of the International Olympic Committee (IOC) and was elected for a second term as a Vice President in 2017.  She then became First Vice President of the IOC in 2020.  She serves on the Legal Affairs Commission of the IOC, which reviews legal issues for the organization, and on the Finance Commission, which reviews the investments and spending plans. She has served on a number of other IOC Commissions including the Coordination for the Games of the XXXII Olympiad Tokyo 2020 (2014-2021). She has served on the United States Olympic Committee Board of Directors since 1976, after her election to the Athletes Advisory Committee.

Before she joined the ranks of the IOC, DeFrantz captained the U.S. women’s rowing team and rowed in the eight that won a bronze medal at the 1976 Montreal Olympic Games. DeFrantz served as Vice President of the 1984 Los Angeles Olympic Organizing Committee and was elected to IOC membership in 1986, making her not only the first African-American but also the first American woman to serve on the committee.

In 1977, she started her legal career as the Staff Attorney at the Juvenile Law Center of Philadelphia. DeFrantz has a B.A. from Connecticut College and a J.D. from the University of Pennsylvania Law School. She holds more than a dozen honorary doctorate degrees from colleges and universities, including Pepperdine University, Mount Holyoke College and Pomona College.

Today, Anita continues to work as a civil rights attorney, author, motivational speaker, and inspirational mentor to countless youth worldwide.  She lives in Santa Monica, California and enjoys forwarding the cause of sport across all nations, peoples, and cultures.