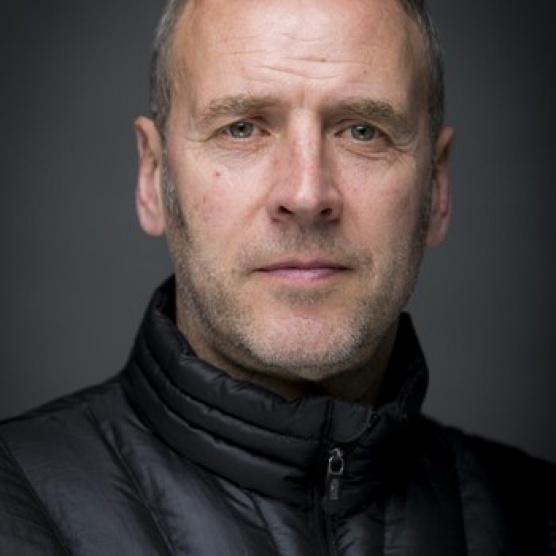 Angus Farquhar is a renowned Scottish artist whose practice over three decades spans performance, environmental installation, often set in remote locations and music production both playing and composition, alongside creating arts-led capital projects and book production. He is an honorary fellow at Glasgow University and is creative director of the environmental arts and social action charity, Aproxima.
Recent commissions include a new landscape and radio production, supported by Hospitalfield on the Angus coastline, Over Lunan, celebrated the 700th Anniversary of the declaration of Arbroath. Over Lunan took the form of a radio play and large-scale sound installation on the 2 mile long beach and dunes.

Through lockdown, ‘An Empty Gunny Bag Cannot Stand’, enabled an entire street in Kelvindale to grow potatoes in beautiful coloured hessian sacks. The harvest was then presented with a chip shop to feed Glasgow at SWG3, one on the only live performances of the year. The work was loved by all who took part and won the Glasgow Times Community Initiative of the Year 2021

In ‘Dear Europe’, Angus performed a personal monologue, initiating a legal process with every European Union minister to be adopted as a second citizen. It was commissioned by National Theatre Scotland as a personal response to Europe, receiving three 4 star reviews.

Angus Farquhar was founder and Creative Director of NVA organisation, from its inception in 1992 till closure in 2018. This followed 10 years performing as a core member of the radical London industrial music collective Test Dept. He re-initiated the Beltane Fire Festival in Edinburgh in 1988 (to today) the most significant Spring Celtic ritual in Europe.

Ground-breaking NVA commissions included monumental landscape animations such as The Path, Glen Lyon and The Storr on the Isle of Skye. Ghost Peloton, for the Tour de France extended the world tour of Speed of Light, a signature contribution to the Cultural Programme for the 2012 Olympics. Capital projects include founding the Hidden Gardens in Glasgow and for 10 years leading the rescue of St Peter’s seminary, the infamous modernist ruin in Cardross (archive www.nva.org.uk).

He has lectured with keynote addresses in 10 countries over the last 30 years and written and edited a series of books and essays including:

To Have and To Hold St Peter’s NVA