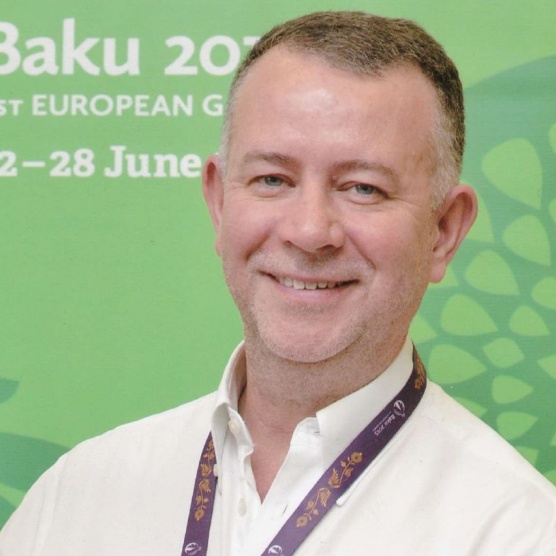 Adrian is chief information officer for Birmingham 2022, a role which includes responsibility for all of the IT, telecoms, timing, scoring and results and games systems needed to support the planning, delivery and operation of the Games across all venues. He’s also responsible for the planning and delivery of broadcast operations, which will capture all TV and radio coverage and then distribute this around the world. Adrian worked for the BBC for 22 years , before taking up the role of Head of Venue Technology for the London 2012 Olympics. He then continued to work in sports events, adding the Baku 2015 European Games in Azerbaijan, the 2015 Rugby World Cup, the Islamic Solidarity Games 2017 in Azerbaijan and the 2018 European Championships in Glasgow to his CV. Originally from Birmingham, Adrian went to primary school in Ladywood before attending St Philip’s secondary school. He then emigrated to the West of Ireland and most recently has lived in Surrey with his family, before coming back to Birmingham for the Commonwealth Games.