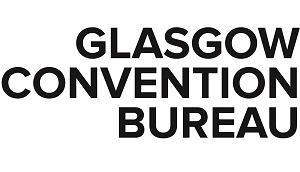 Glasgow is a city bursting with life, energy, passion and personality.

Scotland’s largest city was named in the top 10 of the New York Times’ ‘52 Places to Go’ and voted ‘World’s Friendliest City’ in a poll by travel bible Rough Guides. With such prestigious accolades, it’s no wonder that tourists are drawn to the city, many of whom are attracted to Glasgow for the diverse year-round events and conference calendar.

Glasgow is one of the world’s premier conference destinations, hosting more international delegates, than any other UK city, outside London. In 2021, the city’s Convention Bureau has been voted the Best UK Convention Bureau for a record-breaking 15th consecutive year.  It is with these credentials that the city has confirmed significant major conference business until 2027 and is bidding for new business as far out as 2029.

The eyes of the world have most recently been in Glasgow as host of the United Nations’ Climate Change conference, COP26, bringing together delegates from around the world at the Scottish Event Campus.

Building on the city’s credentials as a leading sustainable destination, Glasgow has recently maintained 4th place in the Global Destination Sustainability Index, as well as achieving EarthCheck Benchmarked Community status.