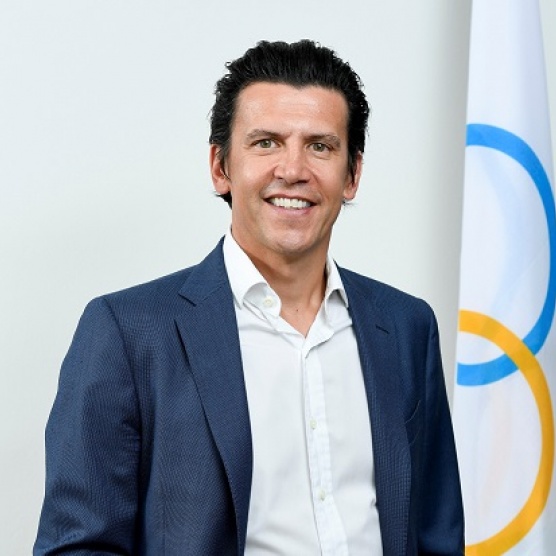 In 1996, the year of the centenary of the Olympic Games, Christophe Dubi joined the IOC as a trainee to work on his favourite subjects: sports management and the impact of the Games.

In July 2007, Christophe Dubi was appointed IOC Sports Director, a role that required him to oversee the sports components of the Olympic Games and to manage relations with the International Sports Federations. He was also responsible for the following IOC Commissions: Athletes’, Olympic Programme, Sport for All and Entourage, each of which being of paramount importance for the IOC and the Olympic Movement.

Since September 2014, Christophe Dubi has been Olympic Games Executive Director. In collaboration with all IOC departments, OBS, as well as Olympic Movement stakeholders, the Olympic Games Department is in charge of managing and coordinating all activities related to the Olympic and Youth Olympic Games, from the candidature phase to the dissolution of the organising committees.

All strategic developments involving the Olympic and Youth Olympic Games, as well as the Coordination and Evaluation commissions also fall under the responsibility of the Department.